Difference Between Void And Illegal Contract: Everything You Need to Know 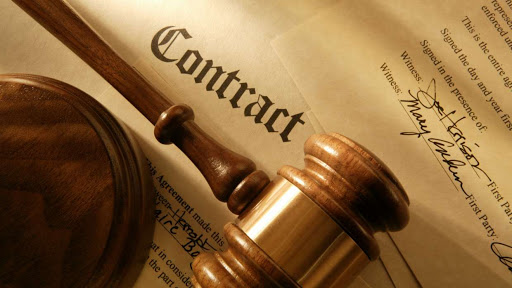 The difference between void and illegal contracts is marginal, but it is very important. In 1872, the Indian Contract Act defined the main differences between void and illegal agreements. A void agreement is meant by an agreement not allowed by law.
An agreement which is void ab initio (ab initio = from starting), can’t be enforced by law. So, it can’t be a contract. In this case, no legal remedy can be exercised except recovering the immovable, unchanged property, if such in the question of that void agreement. No aspect of an illegal agreement is ever considered as lawful.

This is to be remembered that, “Every illegal agreement is void, but not every void agreement is illegal.” There is a little difference between the above line.
The simplest example of an illegal agreement is hiring someone for murder, trade of drugs or any object declared illegal by law. Before the mentioned examples it either involved illegal purposes or any illegal object. Two parties can’t make a contract to kill. If he isn’t paid his charge, a hitman can’t go to court for seeking a remedy against this. One can’t sue the other party for breach of contract. Because this contract is illegal and void. Some illegal agreements, including the murder and trade of drugs, are crimes by themselves.

However, a contract can be void even though it is legal. As it can be for legal purposes and along with the legal object. But the main involving part that is the parties itself is not allowed by law to do so. If one of the parties is not in its capacity by law to enter into a contract.

What Is a Void Agreement?

A void agreement means that the consensus between two parties isn’t legally binding. When an agreement becomes void, it can no longer be enforced by law and loses its legally binding nature. In a void agreement, neither party has any legal rights or commitments or any kind of legal remedy.
However, any transactions related to a void agreement are still valid. One can claim for the money that has been paid, can recover any immovable property, if any. But in the case of a minor, one can’t recover the property transacted got changed. And Cash in question was already spent.

Difference Between Void And Illegal Contract

A void contract is considered invalid from the very time it’s being generated. It just due to not fulfilling the normal requirements of a valid contract.
For example, a contract where both parties are minors is void since minors don’t have the legal capacity to enter in one. An agreement to trade the drugs is void and it contains an illegal object because it violates the law.

However, a voidable contract initially was a valid contract. But it can be void on the option of one party. He has the option to either affirm or dismiss the contract. However, the bound party isn’t permitted to do as such.
Just the unbound party can drop the agreement within a reasonable time. It is to avoid pendency of cases and therefore it is limited. It occurs when one party enters the contract without free & fair consent. The contracts under the undue influence that is resulted from love and trust relations between parties. In such a case, if one party took advantage of the trust of another party. Then such a contract can be declared void on the option of the second party.
Refer Case: Mahboob Khan Vs. Hakim Abdul Rahim, AIR 1964, Raj 250.

List of types of agreements that are considered void ab initio (from the beginning) & contracts, according to the Indian Contract Act:

Connected agreements are not always void and can be valid in some situations.

As discussed in section 20 of Indian Contract Law, 1872; about declaring those agreements void in which both the parties are at fault in considering the material objects and facts of the agreement. In this, both parties should be under a mistake of fact i.e. ‘ignorantia facti doth excuse.’ But the mistake of Law or unawareness of Law in force can’t be taken as prevention as ‘ignorantia Juris non-excusat.’

Voidable contracts include the following:

Share
Facebook
Twitter
WhatsApp
Linkedin
Email
Telegram
Previous articleArticle 13 of Constitution of India
Next articleIBC (Insolvency and Bankruptcy Code) – A game-changer for Corporates’ or not? -By Akarsh Tripathi