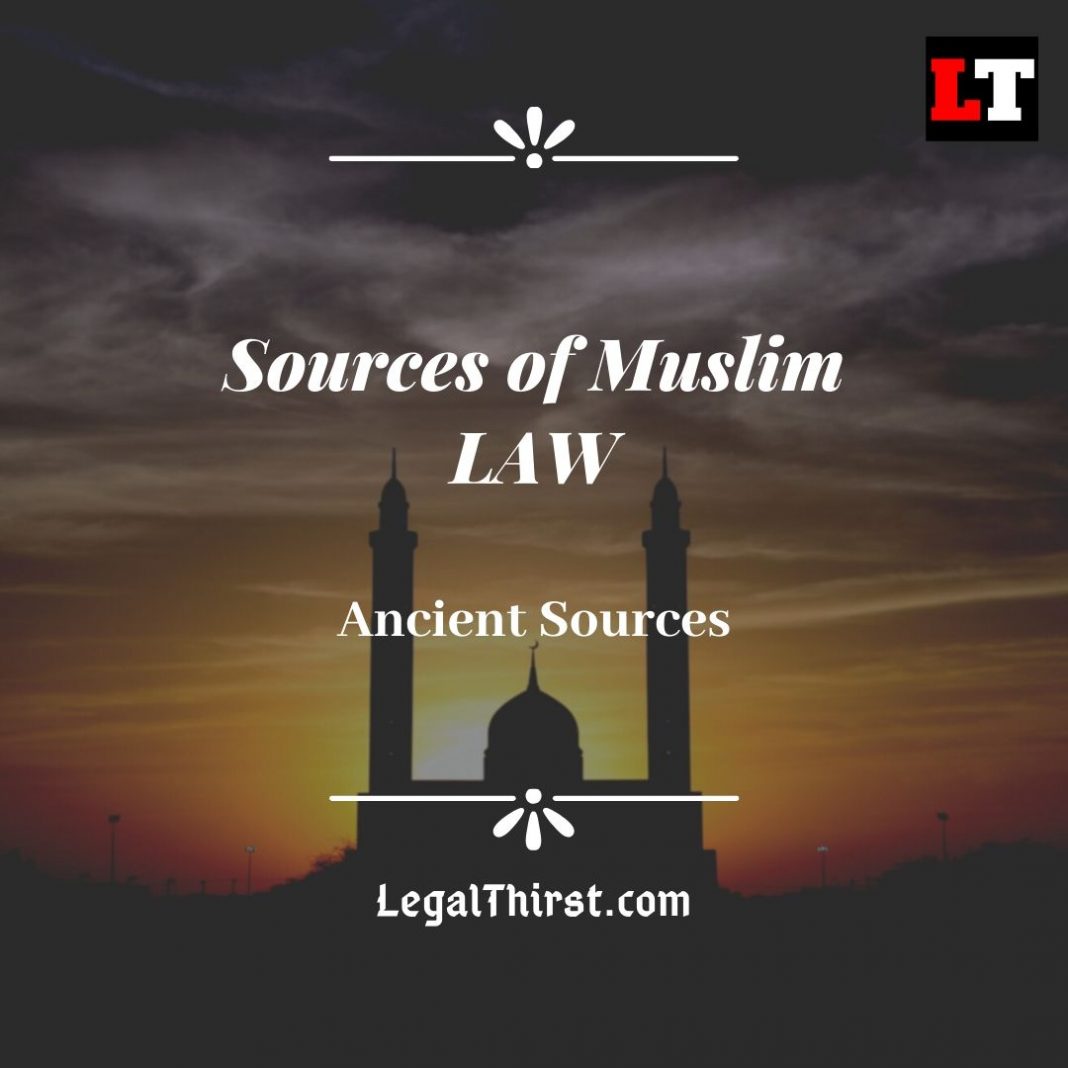 The contents of the Quran are divided into four heads.
1. Metaphysical and Abstract
2. Theological
3. Ethical & Mystical
4. Rituals & Legal

The traditions are Sunnah contains traditions followed. Not only by prophet Mohammed but also from his companions, his successors & successors of successors from the general body of Ulma.

Ijma:- At this point in time, Ijma is important.
As Quran and Sunnah look to past, while Ijma & Quiyas deal with the future of Islamic jurisprudence.

“God will not allow his people to agree on an Error.”

Ijma has lifetime validity as long as not opposed to Quran and Sunnah.

Shias (A type of Muslims’ group) do not accept Quiyas as a source of law.
Qiyas is not a proposition of law & is more in the nature of an application of the law.
It is also not universally accepted as a source of Law. Unlike three other sources of law, it doesn’t have that much significance.

Read More: Difference Between Void And Illegal Contract: Everything You Need to Know.