IBC (Insolvency and Bankruptcy Code) – A game-changer for Corporates’ or not? -By Akarsh Tripathi 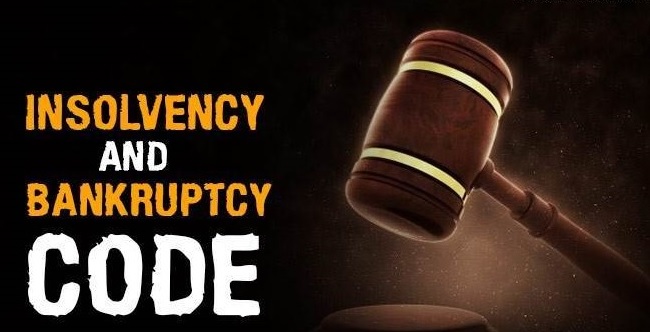 The Insolvency and Bankruptcy Code, 2016 is the bankruptcy law of India. It was commenced on 28th May 2016, after it received assent from the President. The law was passed with an aim to consolidate the existing framework and creating a single law for insolvency and bankruptcy. It is considered to be a ‘one-stop solution’ for resolving the cases of insolvency. Which previously was a long and complex process and didn’t have any economic viability.

There are four key features to the Code, these are: –

1. Insolvency Resolution- There is a separate insolvency resolution process outlined by the law, for individuals, partnership firms and companies. A maximum time limit has also been set for completing the resolution process. As per the Insolvency and Bankruptcy Code (Amendment) Act, 2019- There was an increase in the upper Time Limit of 330 days, which includes the time which will be spent in the legal process in order to complete the whole resolution procedure.

2. Insolvency Regulator– An Insolvency and Bankruptcy Board of India (IBBI) has been established to oversee the insolvency proceedings in the country.

3. Insolvency Professionals– During the insolvency process, there needs to be someone who could control the assets of the debtor. This management work is done by licensed professionals appointed in accordance with this Code.

4. Bankruptcy and Insolvency Adjudicator- The Code proposed to establish two tribunals who would oversee the process of the insolvency resolution process. For Companies and Limited Liability Partnerships (LLP), it is National Company Law Tribunal (NCLT) and for Individuals and Partnership Firms it is Debt Recovering Tribunals (DRT).

After the implementation of IBC, India’s ranking in the World Ease of Doing Business improved. And it was just a minor change. The rank skyrocketed from 108 to 52 in just one year, as per the World Bank’s Doing Business Report in the “Resolving Insolvency” category. Many cases were resolved, and money was recovered. However, most of them were big cases.

So, the question still persists whether the proceedings will continue to be uninterrupted in 2019 with the help of 2019? To find the answer to this, we will analyze various aspects, and then conclude whether or not IBC is a game-changer for Corporate?

THE NEW IBC: AMENDMENTS TO IBC

The new amendment has spurred the judicial authorities, legal professionals and Institutions concerned with the resolution process of insolvency, to thrust their working speed. The 330 days limit to complete the procedure including the litigation time has been a real challenge for courts to complete the hearing process and, give ‘time’ and ‘value’ of justice the same consideration.

There is a need for a system with which the cases can be quickly disposed and filtered if they are against the letter and spirit of Insolvency and Bankruptcy Code, 2016. Also, the judiciary needs to ensure that they consider the commercial and economic implications of the 2019 amendment.

It is true to state that IBC has matured over the last two years. The Supreme Court, High Courts, and National Company Law Tribunals have settled several critical legal issues. It also brought clarity to the roles of various stakeholders in the resolution process. It appears that IBC is going to the largest body of case laws.

The amendment and the time limitation proposed has strengthened the working system of institutions and improvement in the IBC ecosystem. This can be observed from the fact that there has been an increase in the NCLT benches from 16 to 27, and the Insolvency professionals have also increased from 1,107 to 2,800 in one year.

IMPACT OF IBC ON THE CORPORATE

The IBC has been amended thrice in the last 3 years, and the last being in July 209. Each time an attempt is made to strengthen the law. The SC verdict on Essar Steel was the one case that made all the difference. It serves as a precedent to all other bankruptcy cases as it has raised the bar and the legal parameters of IBC.

The Recent amendment has provided immunity to the successful bidders by removing the threat of attachment of assets. Its due to any kind of sins of previous promoters of the company. These new owners of bankrupt companies are shielded from all the criminal liabilities. This might arise due to the offences committed by the previous managers/promoters of the company.

THE NEED TO RECODE IBC

The objective of the IBC was of faster resolution and value maximization. However, this bankruptcy law has failed to live by its expectations. The following are some points highlighting the failure of IBC, despite the several amendments, clarifications, by the government to resolve the issue: –

The powerful corporate organization which is deep-pocketed is able to manage the delay and extend it for an indefinite period. Thus, the process of Corporate insolvency resolution has been challenged and has put the IBC to test in the court of law.

The efficiency of the working of tribunals is affected by the delay in changes that are being made towards the strengthening of NCLT and other concerned institutions. The 27 National Company Law Tribunal (NCLT) benches have more than 15,000 pending cases, which is distributed equally would mean more than 555 cases per bench.

Undermining the Aim of providing a fresh start: –

There have been instances in the past where the assets have been included in the information memorandum and are then made available to the potential buyers. The bids have been made on this basis only, but before the plan is to be executed, the ED starts attaching the property and upsets the bargain.

The effect is on the bidding process and undermines the objectives of IBC which are:
maximization of value’ and giving companies an opportunity to have a ‘fresh start’ and a ‘clean slate’.

For every one case resolved, there are 4 cases that end up in the liquidation, and the recovery falls by 15 to 20% in the books. This raises doubt over the quality of assets that are entered into the recovery process. And also raises a question over the ability of professionals involved in the resolution process. Whose job is to preserve the quality of the assets until the resolution process ends.

The government is planning to introduce a system of ‘e-bidding’ with an aim to reduce the timeline, bring transparency and reduce the potential litigation in the system. The system has already been implemented in the coal mine, solar and wind power auctions. But its introduction and implementation in the quasi-legal process such as Insolvency and Bankruptcy will be first of its kind.

It needs to be recognized that IBC has already undertaken the top category of the cases. Now it is time that the middle and bottom of the cases also come under the purview of IBC. The challenge is that these cases won’t be able to find investors who would be willing to invest in these companies. And the same would be with foreign investors.

Experts and other legal professionals strongly believe that the government. The legislative and executive authorities of the country should come up with changes and modifications in the law. These changes should most importantly allow cross-border insolvency and group insolvency and give them a priority in the amendment.

As pointed out by Haigreve Khaitan of Khaitan & Co:- “The biggest change IBC has brought about is cultural. Irrespective of how big the corporate is, the law is being enforced”. IBC is an ambitious law and a very powerful piece of legislation, which is also the reason why we are seeing push-back from both the creditors and promoters.

The efficiency in terms of resolution and outcomes has surely improved in 2020 with the help of IBC amendments cleared by SC. It is going to become the most robust law especially with the recent changes which have given hope to the new entrepreneurs. Those looking forwards to bid for resolution of the stressed assets.

The Insolvency and Bankruptcy Code, 2016 can be said to be “half game-changer”. For IBC to be a game-changer, there needs to be adherence to the timelines. And there shouldn’t be an inordinate delay in the process. It is a matter of deep concern and even though the pec Court continues to lay emphasis on the sanctity of the timeline. There are still a total of 12 big cases involving huge amounts of bad loans that are locked up in the unending litigation process. This is the reason why experts believe that IBC Law falls short in the implementation part.

Clearly, the Centre has learned the lesson from the experience of single-home buyers who were misusing the framework and dragging an entire real estate company to the NCLT. The new amendment has surely paved the way for bidders and resolution applicants to come forward. And bid for the stressed assets of the insolvent companies in the country. Apart from time-bound disposal being a fundamental theme. We also need a behavioral change in the other stakeholders like:-. The creditors, the bidders, debtors and the judiciary who contribute to the process of resolution under IBC. These people need to strongly believe in the potential of IBC Law.

This article is written by Akarsh Tripathi, student of 1st Year in B.A.L.L.B., in Symbiosis Law School, Noida.
Akarsh Tripathi:- I am a 1st Year Learner at Symbiosis International University. Being an extrovert, I convert every chance into an opportunity to interact with numerous professionals in the legal field and work in a professional environment. Reading and writing are the essence of my life and therefore with an intent to benefit others from my experience. I follow my most intense obsession with ‘Medium’.
LinkedIn Profile