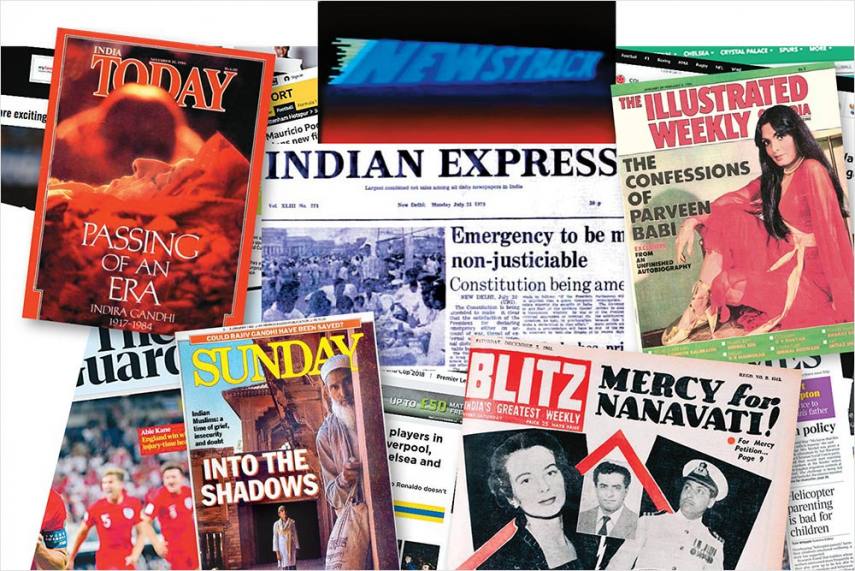 This article on Indian Journalism is written by Janhvi Kaushik raising the issues of freedom of journalism in India. She is a student of Maharishi Dayanand University, Rohtak.

An FIR has been lodged against a senior Delhi based journalist, Supriya Sharma, working for Scroll.in recently. She was charged by police in Varanasi for a report; she recently filed from the village adopted by the Prime Minister in eastern UP. People from that village had complained of facing hunger and shortage of grains in lockdown. The charges against the journalist include Section 269 IPC and sections from the SC/ST Act.

Was this report such a great offense; that instead of providing food to the people in need, lodging an FIR was considered more important?

The incident was strongly criticized by the leading institutions protecting the journalists’ rights. Committee to Protect Journalist said, “Launching a criminal investigation into a journalist; for her work in the Prime Minister’s parliamentary constituency is a clear intimidation tactic; and sends a chilling message to journalists across the country”. Reporters without Borders called the FIR an “attempt to intimidate one of India’s most resilient reporters”. Former SC judge, Justice Madan Lokur said, “The FIR is very unfortunate. Freedom of the press, free speech, and expression are under threat”.

A similar incident happened in UP last year when the journalist; who broke the story of salt being served with roti in Mid-Day Meal of a UP government school; was booked for “criminal conspiracy”. Instances of the murder of journalists like Gauri Lankesh; are continuously pointing out towards the current position of press freedom in India.

It’s high time that we should realize; “JOURNALISM in INDIA IS FACING FEAR AND DANGER which will lead to a GREATER THREAT TO THE DEMOCRACY”.

Probably, this is the most difficult period of journalism in India after Emergency. The freedom of the press and independent journalism are in brittle condition. The leading media houses are tremendously controlled and indirectly owned by the ruling party now. They have become stooges of the government and are used to spread the propaganda of demeaning and divisive ideology.

TV debates are more like a comedy show. The format and designing of the News shows and debates are such which pleases the government and the “supreme leader”. All this is the game of fear and favor! The Canadian Journalists for free expression have published a report on India stating that Indian journalists are forced; or compelled for the sake of job security to report in ways that reflect the political opinions; and corporate interests of shareholders.

Status of India in Press Freedom

India’s position in the World Press Freedom Index has dropped by 2 places; and reached 142 out of 180 nations this year. In an article by CJFE, written in 2016, it was stated; that the media in South Asian countries like India, Pakistan, and Bangladesh; has never been more obedient to corporate and political forces as it is today. In recent years, the situation has only worsened. Journalists are battling for autonomy and free journalism.

Media outlets in India are openly owned and controlled by political and business groups; which are using the media for personal gains and undermining the relevance of their opponents; so that a common opinion can be established that there is no alternative. Inspired by the same objective, we saw debates named ‘MODI Vs. WHO’ in the last Lok Sabha elections.

Importance and laws for free press in India

Media and press are considered as the fourth pillar of democracy in India. A free press is the most crucial element of a democracy. TRAI (Telecom Regulatory Authority of India) has stated that “media influences ideas and therefore can swing opinions. It is therefore important that an arm’s distance is ensured between; the media and organs of governance, political institutions, and other entities which have a profound sway over public opinion.” The Indian Constitution, while not mentioning the word ‘press’, provides for; “the right to freedom of speech and expression” (Article 19(1) a). However, this right is subject to restrictions under sub-clause 2 of the Article.

A major question arises out of the situation; “Will a lack of media freedom lead to the death of democracy in India?”

To save the World’s largest democracy; it is necessary that media strongly beholds its position of a watchdog on the public and private action; and instead of establishing an opinion, people should be left to judge and decide for themselves.