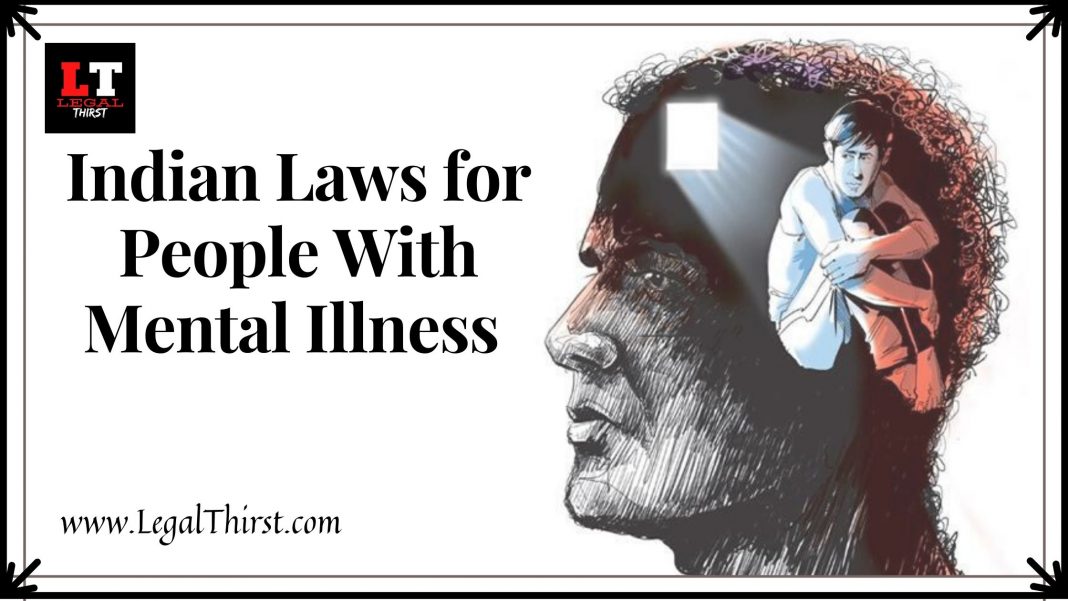 Everybody is not equal and everybody is not the same and for this reason; there are people born with certain deficiencies or illnesses in their body; and one such illness is sometimes with their mental health. People with mental disabilities are commonly known as people of unsound mind under Indian law; but does this mental illness affect their rights as a person? Or what kind of rights and laws are provided to such people in India?

As we know that India was governed by British rule for many years; due to which Indian judicial system derived from the British system and English common law; and thus the big reason why our Mental Health Laws are based on British laws.

In our constitution, it is clearly mentioned; that no person should be deprived of his/ her life and personal liberty under Article 21 still people with disabilities and unsound mind are not qualified to register under election according to Representation of people’s act 1950 and this even takes away his/ her right to hold any public office. During the time of treatment of People With Mental Illness, their personal rights are mostly curtailed; and the laws with providing treatment to people with illness were enacted by the British government.

Almost all these activities are for providing asylum to people with mental disabilities but during that time when Indian was still government by British the condition of such hospital and asylum was very bad and no proper attention was given thus it was later in 1922 when the asylum was renamed as a mental hospital; and were now controlled by the central government; and it was made sure that such disability does not increase among citizens. India was paying attention to such issues and after World War 2nd; that we submitted a Mental Health bill 1950 to the United Nations General Assembly.

With time the circumstances of life change; and so the rule has to be amended accordingly similarly with time new offense has been discovered against the disabled people in the different legal fields whether it’s civil law or criminal law. India in different fields of law made sure that people with disabilities should get better representation in society.

They should be treated equal to others and keep this in mind; A Mental Health Care bill was introduced in the year 2011; with the motive that government will give attention to all those with mental illness and to provide a better standard of life to them but still; his bill faced certain criticism by the human rights activist due to which this bill was not popular and no universal application was made but at the same time other civil and criminal law made certain sections of their act; which favor the people with mental disabilities or unsound mind these include.

This act includes the definition of mental illness which says that a person suffers any kind of psychopathic disorder. Even after marriage if a person becomes unsound mind the other spouse has the right to take divorce.

It is very clear that the government is working in progress of Mentally disabled persons; and the law in different Act provides the provision to support the rights of disabled people; though there is much law which is under amendment or revision the only main of the government and lawmakers is the welfare of the society and of those who cannot think of their own welfare.