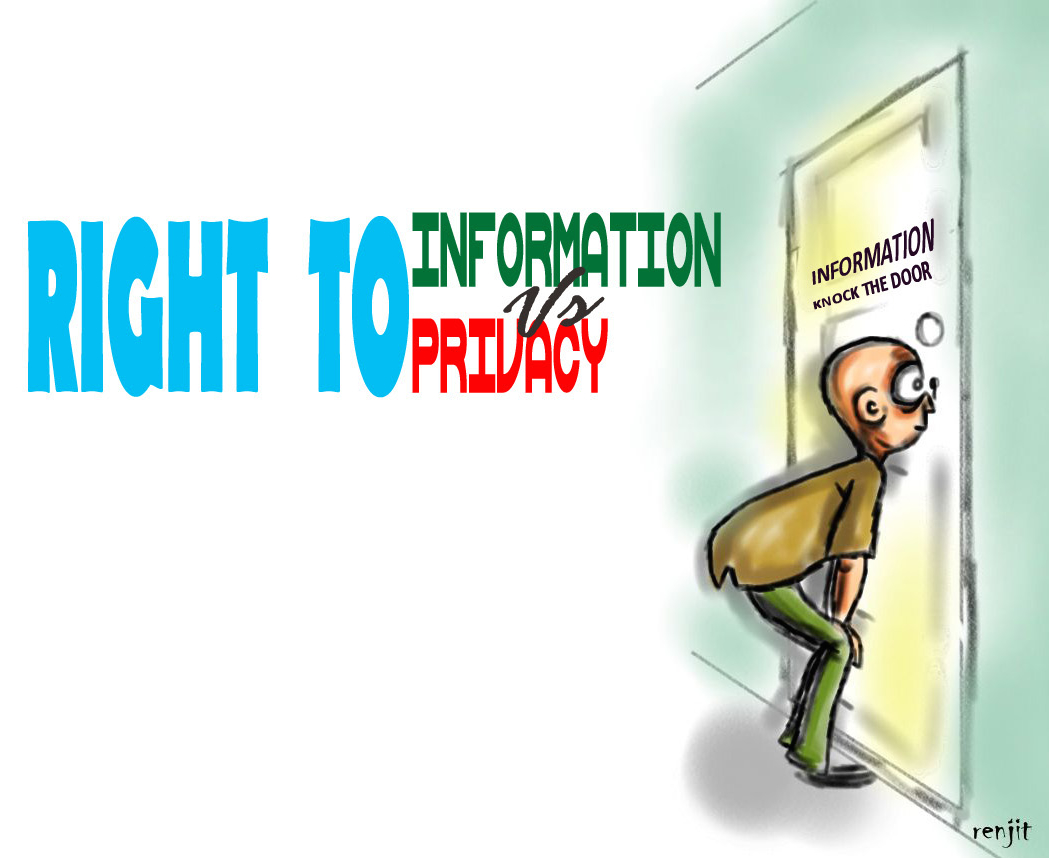 Privacy is a key part of individual self-sufficiency, and voluminous writing has set up the two it’s down to earth; an incentive in social insurance settings and its status as a fundamental, yet not an outright moral right. Since the Right to Information Act (2005) grants residents to pick up data under government control; it may be thought to undermine the security of patients and research subjects, particularly those in government institutions. This concentrate essentially uncovers how this law happened and afterward turned out to be extremely useful for individuals; so as to restore their right to information and privacy. This study demonstrated the Right to Information which the individuals and the administration owning; then how this right to information is accessible to the individuals in India; from this History to the Judicial cases and enactment in India. Afterward, the idea of Right to Privacy; and is it an outright right or not and the milestone judgment right now. All the while, talking about the harmony between rights in Indian; and that the cases change according to the reality of the case; and places where this right is clashing with one another.

Right to Information in Accordance with Right to Privacy – Ayushi Aman

The right to privacy and the right to information are both basic human rights in the current modern society. Generally, these two rights complement each other in considering governments’ responsibility to people. Be that as it may, there is a latent conflict between these rights; when there is an interest in access to individual data held by government bodies. Where the two rights cover, states need to create components for recognizing center issues; to restrict clashes, and for adjusting the rights.

Privacy and RTI are frequently depicted as “two of a kind” predominantly going about as reciprocal rights. That elevates people’s privileges to ensure themselves and to advance government responsibility.

The relation between Privacy and RTI laws is as of now the subject of widespread discussion around the world; as nations are progressively receiving these sorts of enactment. Until now, in excess of 50 nations have embraced the two laws. Protection is progressively being tested by new innovations and practices. The innovations encourage the developing assortment and sharing of individual data. Sensitive individual information (counting biometrics and DNA cosmetics) are presently gathered and utilized routinely. Open records are being uncovered over the Internet. In light of this situation, in excess of 60 nations have received complete laws; that gives people some power over the assortment; and utilization of this information by public and private bodies.

Simultaneously, the open’s entitlement to data is getting broadly acknowledged. RTI laws are currently basic around the globe, with enactment received in right around 90 nations. Access to data is being encouraged through new data and interchanges advancements; and Web destinations containing accessible government records are getting much more generally accessible. International Bodies are creating conventions, and relevant decisions are being issued by international courts. Approachability, enactment; and legal choices have impelled numerous discussions about procedures managing access to individual data that is held by public bodies. Along these lines, it is important to think about how to receive; and actualize the two rights and the laws that oversee them in a way that regards the two rights. There is no modest system to do this, and the two rights must be carefully equal and balanced.

The right to privacy is a basic segment of right to life visualized by Art. 21. The right anyway isn’t outright and might be legitimately confined for the counteraction of wrongdoing, issue; or assurance of well-being or good; or insurance of rights and opportunity of others. With the development of psychological oppression and related exercises, every nation is attempting to do it’s best to control this pattern.

The right to privacy in any occasion will essentially need to experience a procedure of made to order improvement. Thus, in any event, expecting that the right to personal liberty, the right to move unreservedly all through the territory of India and the freedom of speech make an autonomous right of privacy. It is a transmission from them which one can portray as an essential right yet the privilege isn’t total.

Finishing up, the standards of privacy ought to be resolved; and estimated to a typical standard on the grounds that privilege without portrayal is a privilege without insurance. It might be trusted that when a fitting case precedes the Apex court. It would make a general audit dry reevaluate the current position with respect to the right to privacy.

RIGHT TO INFORMATION v. RIGHT TO PRIVACY- Balancing both rights

“There is a fine balance required to be maintained between the right to information and the right to privacy; which stems out of the fundamental right to life and liberty. The citizens’ right to know should definitely be circumscribed if disclosure of information encroaches upon someone’s personal privacy. But where to draw the line is a complicated question,”

RTI is centered around guaranteeing the responsibility of incredible foundations to people in the information age. It gives rights to people devices to get information about themselves that is held by government bodies. RTI laws are the main way to get to individual records however are not pertinent to the private area.

In numerous nations, as the United States and the United Kingdom; RTI laws are an essential instrument utilized by security backers to recognize manhandles and to crusade viably against them. Henceforth utilizing RTI to advance Privacy.

Third-party information‐A public authority ought not straightway to dismiss a composed solicitation for data just on the ground that it identifies with an outsider. The open position whenever fulfilled may get assent from the third party for disclosure.

If there should arise an occurrence of Mr. ‘X’ Vs. Hospital ‘Z’; “Right to life” incorporates the option to have a sound existence as to appreciate all the resources of the human body in their prime condition; and the divulge that the planned companion is an HIV(+) can not the slightest bit be said to disregard the standard of secrecy or the privilege to protection.

In India, the Supreme Court decided that the criminal records of people running for Parliament ought to be made open. An ongoing case decided that clinical data could be discharged if there was an adequate open intrigue, in any case. Customarily “individual data including government forms, clinical records, and so forth can’t be revealed taking into account Section8(1)(j) of the Act. In India, an audit of the information of the National Rural Employment Guarantee Scheme found that; a large number of rupees were being redirected. In light of the fact that phony character cards in the names of youngsters; and open workers were made and utilized.

Both the RTI and security are universally perceived human rights with long accounts and significant capacities. The rights must be settled on a case-by-case premise with a view toward the overall significance of different interests. The significant issue is the means by which the enactment and the executing and oversight bodies balance the two rights.

Both the rights are planned to help the person in making government responsible and straightforward. Most issues can be relieved through the order of clear definitions in enactment, rules, procedures, and oversight frameworks. Due ingenuity would guarantee that the entrance to data and information insurance laws have perfect meanings of personal information. Proper institutional structures and open intrigue tests ought to be made to adjust these rights; guarantee that information insurance and the right to data cooperate in concordance. The open specialists should manage the candidates in a benevolent way and public interest ought to be the center &the divulgences ought to be made in like manner.