Legalizing Cannabis !!! A need or Just Hype? – By Deepanshu Goyal 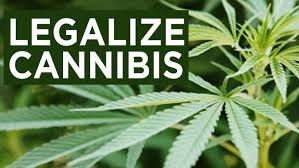 Well, this might sound blasphemous, but it’s true that India is one of the largest consumers of Cannabis in the whole world. Either you may ask for its leaves or seeds or fruits or resin, whatever… India still uses it like no big deal. Yes, India touches the welkin somewhere! GO Ahead India!

Cannabis, by the way, is also known by the racist slang name. Marijuana or pot just to name a few besides Charas, Hashish, Ganja being its various formulable products. Fusty to even read? This is the literal Weed that raises the viridity of Highways of Clean India, Green India.

It has many benefits in the world of Pharmacy and medicine. But way more problems are there to equalize the scales. It is currently legal in many parts of the world including few states of India and the U.S. as well. Look into the irony here, that it was the US only. Who was the one to run its campaign or to say propaganda against the habitual drugs in order to maintain its supremacy in the Growing urban world? And now after legalization and so-called regulation, these countries too are coming to know about the mistake they have made in making it legal, say.
For example:- The Traffic mortality rate flung far over than what it was, according to a survey conducted by the Think tanks of the various Governments of the legalizing nations. Are the Governments till thinking that no one pondered upon their redux? America?

Role of Cannabis in India

Indian Government too played a clever game in defining Cannabis as just the flowers or fruiting tops of the plant withholding its resinous content inside. Mercilessly excluding Bhang or the leaves and seeds from that Definition. Now, we can’t just blame Govt. for that, because the government is helpless in a Hindu Majority Country to whom, ‘Bhaang’ is a Prasad from the Holy Lord Shiva. It is still consumed on many of the Holy festivals and in many religious contexts. Even in the Nihang community of Sikhs, they too have a religious connection with this psychoactive plant. Now debaters either being mendacious or unknowingly and wrongly make Vedas their shield even. When Ayurvedic texts refer to cannabis as a treatment for several maladies. What is often overlooked is that it is categorized as Upavisha Varga (sub poisonous). Its recreational use has been described as toxic, that people find genteel to their body.

Researches even prove that the uncontrolled and non-behavioral use of Cannabis and its derivatives in any form may cause impairments in memory and in mental processes. Longterm use of cannabis may lead to the development of addiction of the substance — persistent cognitive deficits, and of mental health problems like schizophrenia, depression, and anxiety. Exposure to cannabis in adolescence can also alter brain development. Is it sensible and reasonable to hoise your own body? Not to you maybe, but there are about 31 million cannabis consumers in India.

But it is a big topic to debate on… On one side it is toxic and at another face, its anticancer properties are being studied and utilized. There is a $30 billion market of Tobacco in this world. But I think no amount can compensate for the health of millions of Tobacco users in the country and worldwide. Cannabis produces potent analgesic, antiemetic, anti-inflammatory and many other pharmacological actions.

The crude herb, its active constituents, and some synthetic analogs have been tried in a variety of conditions and many potential clinical applications are proposed.

Although, as mentioned before the hallucinogenic and psychomotor effects are its huge limitations. While its non-hallucinogenic congeners are still being further investigated.

All in all, a nutshell says that in the coming heist and drive for the clamoring of legalization, regulation, decriminalization of Cannabis. In the wake of the following superpowers like America and Europe. I think it would be a wiser and commendable for our country to keep the legalization of Cannabis to Medical usage only.
But if it in the near or far future, it goes the other way. Then it would still be raised from my side to not just consider but ensure that there are enough directives pellucid in the jurisdiction to properly shield and protect Children. The teens and mentally sick parts of the population. Because they are the most vulnerable class of humans to the ill effects of cannabis. It won’t be considered a foible mistake if the minutiae are misunderstood or mishandled. Those supports now would then be lampooning the most.

This Article is written by Deepanshu Goyal student of Pharmacy at Maharishi Dayanand University, Rohtak.