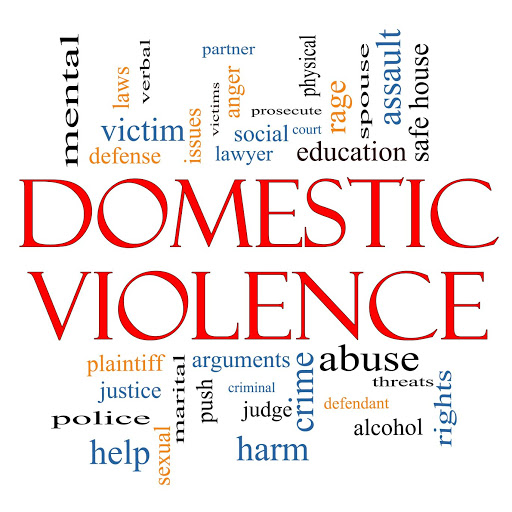 Domestic violence within the home usually will sway the judge in a divorce case to enact immediate temporary orders, remove rights over custody of kids, and even strip visitation rights from the aggressor. If the violent spouse/parent earns more than the custodial parent, the judge may even increase spousal and children’s support payment amounts.

Before or during a divorce process, one spouse may seek a short-lived or emergency order to have child custody and seek assistance for housing either through the courts or with family. Moving out of the house or seeking an order to kick the aggressor off the property is feasible. This can then directly affect the divorce proceedings when the judge is conscious of the violence that happens at home. He or she may have a negative attitude with the individual that received the domestic violence charges at some point. Working with a lawyer to reveal the case to the judge is more important to the victim of the aggressor partner.

The victim can seek for Protection Order

Depending on the condition, violence may result in an explicit order or injunction. Some states will permit the party to demand an injunction against the aggressor while others will place a restraining order on the individual. Various locations will use an order of protection instead and that’s dependent on the realm, the spouse or person within the household may bring the case into the light while in the courtroom. This generally will affect all matters of a divorce that includes support, compensation, and visitation. With an order already in place, the spouse will have a greater chance of removing all custody, visitation, and involvement of the aggressive parent from the life of such a kid. With an order of protection, the spouse can also increase the chance of receiving spousal support from the aggressive spouse.

Read More: Unauthorized Bank Transactions: Get your Money Back

The victim may have an opportunity of obtaining compensation for hospital visits, injuries sustained during violent activity and when the opposite party destroys property within the home. With an order of protection, restraining order or an injunction, the victim can also remove the individual from the house and seek to reside peacefully without the person in his or her life. A lawyer has to present the case to a judge initially with all necessary documentation and then he may proceed, with a divorce. However, the victim can heir two lawyers to proceed through these processes.

A domestic violence Charge when the aggressor causes violence in the home, the police or a lawyer may initiate the entire process of either criminal or civil charges. Initially, these charges may lead to intermediate order against the individual or immediate medical assistance to the victim. If the target of the violence doesn’t bring a suit against the perpetrator, the police may start the criminal process. This could or couldn’t proceed with the victim. The evidence and severity of the crime may lead a prosecutor to continue with the criminal charges and case notwithstanding the victim refuses to testify about the matter. The charges may occur at the same time or entirely different from the process of divorce. This could affect the settlement or increase the possible monetary penalties on the aggressor, who may need to pay the victim. While all elements may change during the divorce when charges are a part of the proceedings, the perpetrator can also face jail or prison time with the criminal courts. This might then result in a divorce that happens with the aggressor behind bars and without a physical presence in the court.

Read More: How to Register a complaint about Cyber Crime In India?

Legal Help in such cases with domestic violence charges along with divorce, then accused individuals can even hire a criminal defense attorney to defend against the violence charges and can plan to mitigate the damage in the divorce process with a lawyer. Presenting a sound case or refuting the violence charges is crucial with a divorce judge. Charges, until they are not proved by the opposite party, indicate that there is definitely some hope because in the majority of times they are just false allegations.