Basis of Divorce in Hindu Law 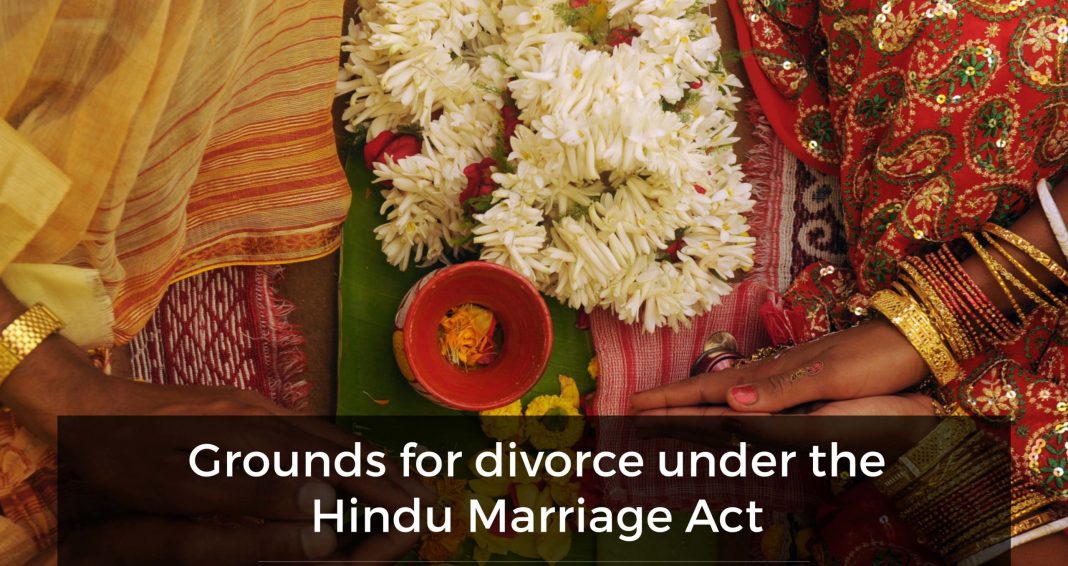 Basis of Divorce in Hindu Law – By Yogita Goel

In Hindu society, marriage is considered sacred in nature, because it cannot be compared to a marriage like in a Muslim society which is on a contractual basis. There was no concept of dissolution of marriage due to it being a religious rite in the ancient Vedic period but with changing times and changes in the overall structure of Indian society, marriage became a part of Hindu family law and the provision relating to the concept of divorce was introduced by the Hindu Marriage Act, 1955. The Hindu Marriage Act defines divorce as the dissolution of a marriage.

Under this theory, a marriage can end when one of the parties to the marriage is responsible or liable for the offense under matrimonial issues committed against the other spouse. Only innocent spouses can seek this remedy.

Under this principle, marriage can be dissolved by mutual consent. If both spouses give their consent to end the marriage, they can divorce.

According to this theory, dissolution of marriage is caused by the failure of the marital relationship. Divorce can be taken by husband and wife as a last resort, when the two cannot live together again.

Adultery means consent and voluntary intercourse between married or unmarried with another person, who is of the opposite sex.
Even if the intercourse between the husband and his second wife, ie if their marriage is considered under bigamy, the person is liable for adultery.
Under section 13(1)(i), Adultery is a ground for divorce.

The burden of proof is always on the petitioner.

Under section 13(1)(ia) of the Hindu Law, Cruelty is a ground for divorce by either spouse.

# Russel v. Russel,  Cruelty has been described as such behavior or conduct which put life and body under the physical or mental form of danger or may arise apprehension of such danger.

The Supreme Court held that Abortion by a woman without her husband’s knowledge and consent will amount to mental cruelty and a ground for divorce.

In this case, the couple had a kid and later the husband went to England and during his absence, the wife had an illicit relationship, and when the husband return and questioned, she got scared and left husband’s home and later he sends her a notice for not to come back. The court held that it is not desertion by Prabhawati because she was willing to return home as desertion is required to be without reasonable cause.

The two conditions which must be satisfied are:

It means when the person is of an unsound mind.
The following two requirements of insanity as the basis of divorce under section 13(1)(iii):

Renunciation of the World:

Under section 13(1)(vi) of the Hindu Marriage Act, 1955, if the spouse has renounced the world by entering any religious order is a ground for divorce by other spouse.
This means that when one of the spouses decides to abandon the world and walk in the path of God, the other party can approach the court and demand divorce. In this concept the party who renounces the world is considered civilly dead. This is a typical Hindu practice and is considered a valid basis for divorce.

Section 13(1)(vii) of the Hindu Marriage Act, 1955; states that when either spouse has not been heard alive for a period of seven years or more by those persons who would naturally have heard of it, had that party been alive, is a ground for divorce by another party.

This Article on Basis of Divorce in Hindu Marriage Act, 1955 was written by Yogita Goel, a student of Geeta Institute of Law and Legal Researcher Content Writer at Legal Thirst.