Decriminalization of Adultery from a Judicial Perspective 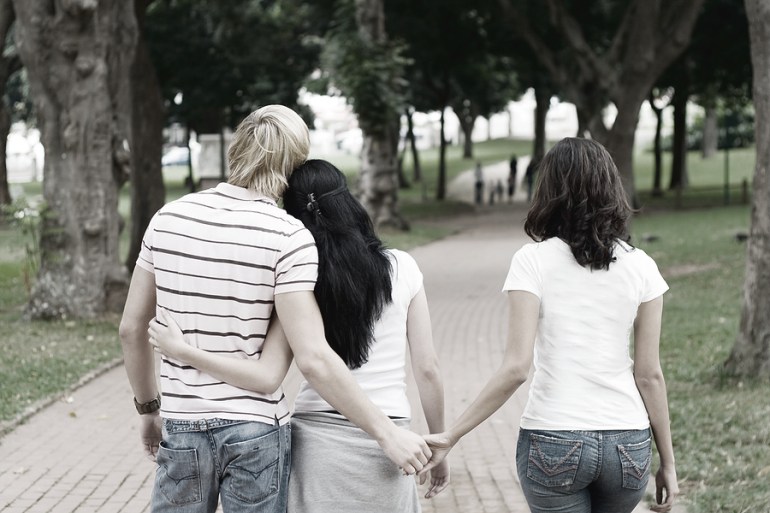 This Article on Decriminalization of Adultery from a Judicial Perspective is Written by Sahil Mishra, Legal Researcher, and Content Writer at LegalThirst.com. He is a 2nd year Law Student at Llyod Law College, India. Read the blog below:

The concept of adultery is not a present-day one; it is considered as an immoral practice and a sin in most of the cultures and religions in the world. The only difference is in the punishment directed for adultery in the different following. In Christianity, the act of adultery is regarded as a social wrong and the accused is punished by death. Whereas, in Islam, both pre-marital and extramarital sex is accepted as a sin.

Hinduism has, however, without exception devotedly followed Manusmriti; which puts an obligation on the wife to maintain the honor and chasteness of her husband’s bed; and like duty on the husband to remain dutiful and trustworthy towards his marriage. Every country has different legislation for the crime of adultery; there are countries which does not even acknowledge it as a crime.

Lord Macaulay, during the First draft of Indian Penal Code; was uncertain to add adultery as a crime; however, the law commission in its second report was convinced that adultery should be criminalized; yet in respect of the view of Lord Macaulay, few restrictions were added in the legislation; which immune women from being Abettor. The elementary definition of adultery can be; “sexual intercourse between a married person and someone who is not their husband or wife”; or “sexual intercourse outside of marriage”; however, the legal definition provides a different meaning and context of adultery altogether.

In India adultery was defined under section 497 of IPC as:

Also, Section 198 of Criminal Procedure Code, 1973 (CrPC) explicitly declares, “no one other than the husband of woman; shall be deemed to be aggrieved by an offense punishable under section 497 of IPC”.

There was indeed a grey area in the law of adultery; as it was nearly impossible for the judiciary to disregard it. The Supreme Court took the matter in cognizance thrice; yet failed to come up with a transparent interpretation as seen in;

Yusuf Abdul Aziz Vs. The State of Bombay 1954

The contention of the appellant was that; section 497 is a special provision made in favor of women for their welfare; the authorization to make such provisions is given under article 15(3) which puts a duty on the state to make special provision for the welfare of women and children; however, immunity from the punishment of a crime to gender is encouragement and promotion of such crime. It was argued that clause 3 shall restrict its applicability to the extent; it is beneficial for women and not harmful to the state. The court dismissed the petition saying that no such restriction can be interpreted in clause 3.

A writ petition was filed by the petitioner challenging the constitutional validity of section 497 IPC, 1860; as it violates Article 14 of the Constitution of India. The supreme court in this specific case addressed three loopholes of the section –

1. Why the wife is not provided with the right to prosecute the women with whom the husband has committed adultery?

The court distinctly said that to give the wife the right to prosecute the women; with whom the husband had an extramarital affair, the ambit of the law needs to be extended. Which is in the hands and authority of the legislature to decide; if a change in the law is necessary to match the change in society.

2. Why the wife has not been vested with the right to prosecute the unfaithful husband?

The law does not vest power with the husband to prosecute the wife for adultery either. Hence no such argument can be made that the wife cannot prosecute husband. As in the eyes of law, the abettor of such crime is a “man” and wife is always the “victim”. Therefore the one infringing the sanctity is punished.

3. The law provides the husbands with a free license to have affairs with single women.

The court observed that the law only criminalizes a kind of extramarital relationship. The protection of the law is given where it is required the most: a man seducing the wife of another. The writ petition was dismissed.

The petition was filed under article 32 of the Constitution of India; challenging the constitutional validity of section 198 of Criminal Procedure Code, 1973. The petitioner contended that the wife can not be legally detained from prosecuting a disloyal husband.

The court at this said that the betterment of the spouse is in either getting separated or staying together. The law cannot provide the spouse with mediums to put each other behind the bars; as it will be equal mental torture to the children. “Section 198 of criminal procedure code, thus plays reverse discrimination in favor of the wife and not in against”. The petition was dismissed by the court.

Joseph Shine vs. Union of India

Supreme Court dismissed three petitions standing by the law of adultery in India, protecting the sanctity of a matrimonial home. Nonetheless, the judiciary could not come up with a better justification for discriminatory provisions of the section.  Therefore, the court struck down the very section in Joseph Shine vs. Union of India.

The petitioner also challenged the constitutional validity of section 497 on the grounds; that it was violating articles – 14, 15, and 21 of the Constitution. The bench while adjudging the matter in hands laid emphasis on the fact that; the law was neither preventing women from suppressions nor protecting the sanctity of the matrimonial home; rather encouraging the concept of “husband being the master”; and such categorization can not put up with the test of article 14. It also elucidates that section 497 no longer is justified by article 15(3) and in order to protect the right and liberty of a person guaranteed under article 21; adultery should be made a civil wrong so as to avert public censure.

Women of this era are well equipped with resources to make the best out of their potentials. The time when women had no distinctiveness of their own is long gone. We do not have to give them a “victim card” rather should be made responsible for their sexual actions; since the husband and wife owe the foremost accountability to maintain their sacred relationship. Adultery is an immoral act and so as many other acts; but every immoral act does not call for criminal sanctions.