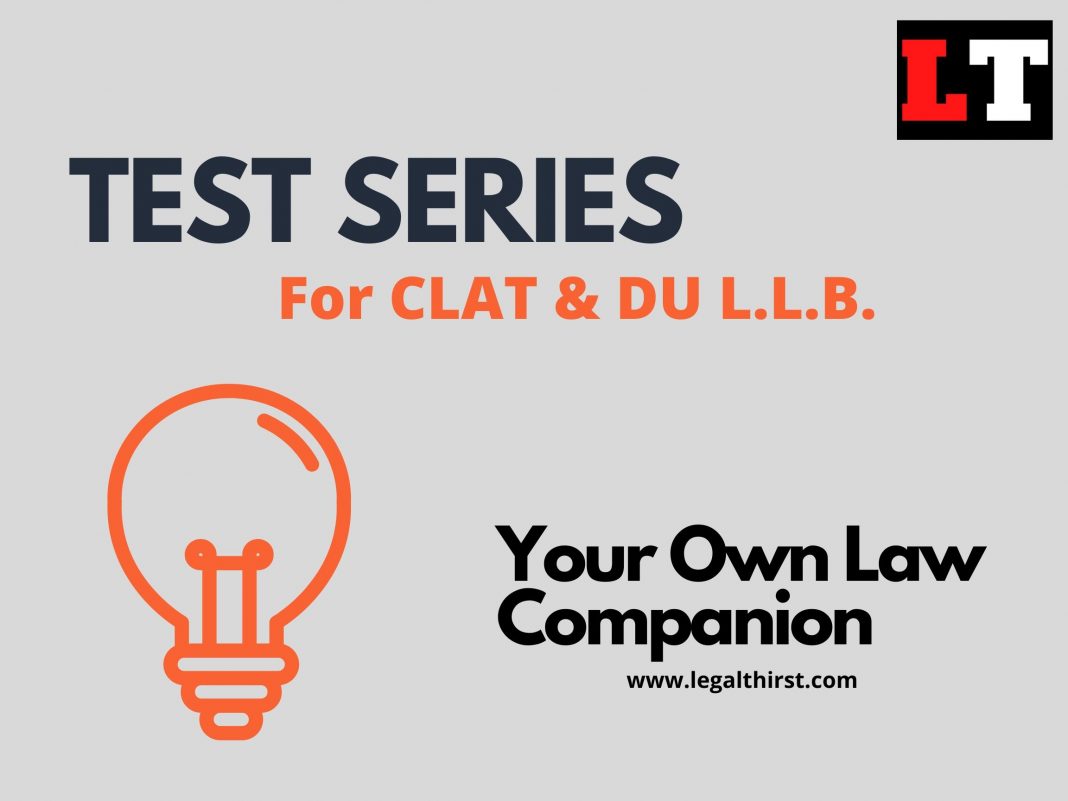 Legal Thirst is introducing Test Series for CLAT and DU L.L.B. This is Part-1 with 30+ Important Constitution Questions for Law Entrance Aspirants.

1. Which among the following is not a Fundamental Right?

2. Rights given in the Constitution are called Fundamental Right because

3. Article 32 stands suspended during an emergency under Article

5. Freedom of expression is included in the article

6. The emergency provisions of the Constitution of India have been borrowed from

7. First amendment was brought in the preamble to the Constitution in the year ……??

9. Equality before the law and Equal protection of law have been modeled on the Constitution of

10. Which article of the constitution of India empowers the President to take over the administration of a state on the basis of the failure of constitutional machinery

11. In India, the power of ‘amnesty’ has been given to the

12. The President’s rule in a state can be continued at a stretch for a maximum period of

14. Who declared a state of emergency in India under Article 352 of the Constitution of India in the year 1975?

15. Who is the Solicitor General of India?

16. Following a ruling of the Delhi High Court, which among the following is not a criterion for designating an advocate as Senior Advocate:

17. Which Bill of the Parliament seeks to give effect to Article 21A of the Constitution of India?

18. Which of the following is considered the first international crime?

19. Under which Article of the Constitution of India is the law laid down by Supreme Court binding on all courts?

20. Who appoints the Attorney General of India?

21. What is an extradition treaty?

22. Which of the following is entrusted with a statutory duty of laying down the standards of professional conduct and etiquette for advocates in India?

23. Which is the present Law Commission of India?

24. What is meant by the expression Separation of Powers?

25. Which of the following theories of crime is based on the works of Henry McKay and Clifford R. Shaw of the Chicago School thought?

26. The Child Labour (Prohibition and Regulation) Act, as amended in 20 prohibits the employment of a child under the age of years as domestic servants

27. Which of the following bodies is not set up under the Constitution of India?

28. How many official languages have been recognized under the Constitution of India?

29. An arrested person under the Indian Constitution does not have a fundamental right to:-

This is part 1, please comment in the comment section below that on which topic you want our next part of Test Series.