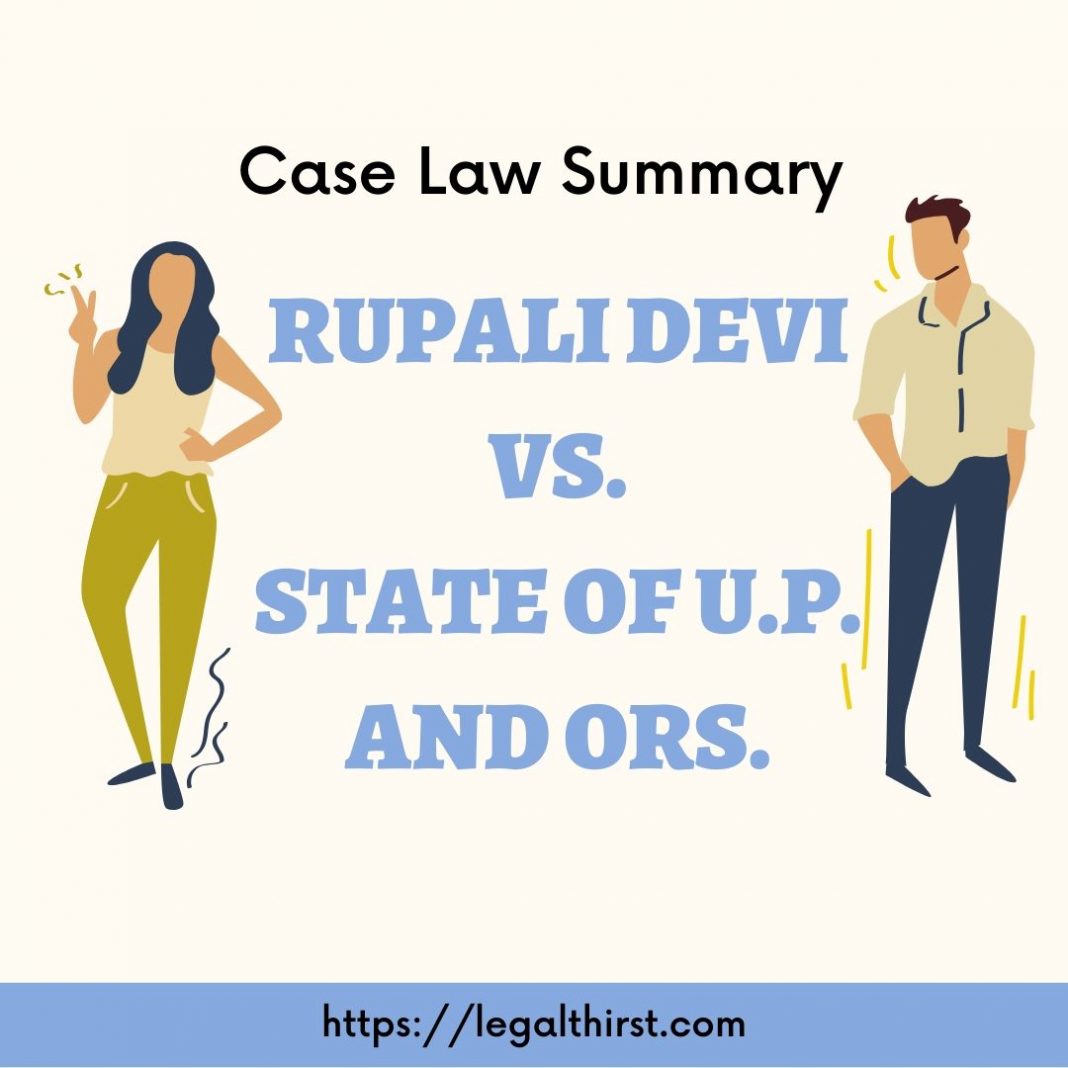 Rupali Devi Vs State of Uttar Pradesh and Others

IN THE SUPREME COURT OF INDIA
Criminal Appeal No.71 OF 2012
Rupali Devi Vs State of Uttar Pradesh

In the current case, the petitioner/applicant went to her parental home. She stated that there was cruelty with her in her matrimonial home. Due to the same, she filed an F.I.R. Under Section 498A I.P.C., 1860 in the jurisdiction of her parental home. But no overt act of cruelty or harassment was recorded therein.

Issues raised in Rupali Devi Vs State of Uttar Pradesh :-

In Apex court the main issue raised in this case was: “Whether a woman forced to leave her matrimonial home on account of acts and conduct that constitute cruelty can initiate and access the legal process within the jurisdiction of the courts where she is forced to take shelter with the parents or other family members.”

According to the Explanations A and B of Section 498A, I.P.C., 1860 defines cruelty which without any doubt incorporates both mental and physical cruelty on the spouse. Her sufferings at the parental home are indirectly a result and consequence of the cruelty committed on her at her marital home.
The court also stated that “Such consequences, by itself, would amount to distinct offenses committed at the parental home where she has taken shelter.” Such act and its jurisdiction are explained in Section 179 of the Criminal Procedure Code which is material in the current case.

Hence, the court in Rupali Devi Vs State of Uttar Pradesh held that the courts at the locale, where the wife takes shelter after leaving or being driven away from the marital home, by virtue of cruel acts done by the husband or his family members. The court would also have jurisdiction to entertain a complaint alleging commission of offenses under Section 498A of the Indian Penal Code, 1860.

Legal Thirst has created a telegram group for exchanging legal knowledge, Events, and various opportunities.
You can click on this link and join: