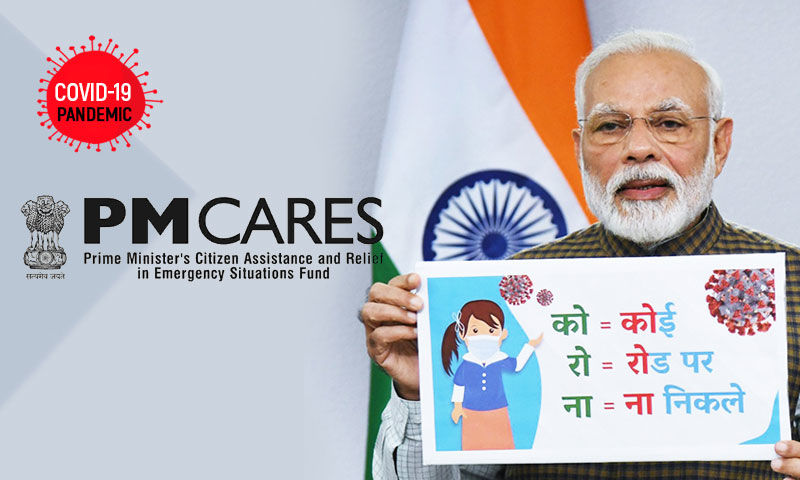 This article, “PM CARES Fund- Opaqueness of Transparency” is written by Ashutosh Rajput. He is a student of Hidayatullah National Law University & Campus Ambassador Legal Thirst. In this article he puts the question on the PM Cares Fund; that whether it is covered under RTI, 2005 or not? Whether it is relevant to hide the transparency on the name of a donation fund? Read below…

On 29th May 2020, the Prime Ministers Office stated that; the “PM CARES fund is not a public authority under the Right to Information Act, 2005.” This came in response when the RTI was filled by one law student named Harsha Kandukuri. Recently, a PIL has also been filed before the Delhi High Court by one Mr. Hooda to enforce the right to information wherein he contended that; many people from different sectors compulsorily contributed to the fund; and not letting them know their contribution will directly infringe their rights.

PM CARES stands for Prime Minister’s Citizen Assistance and Relief in Emergency Situations; and was created on March 28 with a view to handle the COVID-19 crisis economically as well as socially. Narendra Modi is its ex-officio chairman while its ex-officio trustee consists of Rajnath Singh, Amit Shah, and Nirmala Sitaraman. It presumes voluntary donation by the democracy for the good cause; and till now total donation received amounts to rupees 10,000 Crores. Before the introduction of the PM Cares fund, the Prime Minister National Relief Fund (PMNRF) was prevalent which was setup up in 1948 and had more than 3,800 Crores rupees as a fund; which led to its criticism by the opponents.

Pros of the PM CARES:

As stated earlier the funds received are voluntary and are not compulsory; and the minimum amount to be donated is rupees 10; which is negligible and can be donated by all classes of the community. Foreign donations under the Foreign Contribution (Regulation) Act are also allowed.

The funds received will be used to improve the lives of migrant workers, to purchase the ventilators; and will provide monetary support for the COVID-19 vaccine, pertaining to this; the fund collection has 100% tax exemption under 80G of Income Tax Act, 1961. PM Cares is dedicated to this pandemic situation unlike PMNRF; which is for all types of disasters; and the later one has a legislative concern as it comes under the consolidated fund; while the former is solely based on donation-based funds; therefore, does not have a legislative concern.

Why it has been criticized?

Hence it is prima facie a public authority and is answerable to the public.

In Prime Ministers National Relief fund v. Aseem Takyar, it was also held that as per Section 2(h)(d)(i) PMNRF is a ‘public authority’.

It can be concluded that PM Cares is a public authority; and in order to gain people’s trust, there has to be transparency. And every citizen has a right to information. It still does not matter; if it is a private trust or a public trust, it is made for a good cause; and there should be no hesitation on the government’s part to reveal the fund received and spend respectively. PMNRF too was not that transparent but in 2012 the then PMO has furnished the information in regards to PMNRF. The opaqueness of the fund would prima facie lead to the breach of trust.