National Law Universities (NLUs) – All You Need to Know 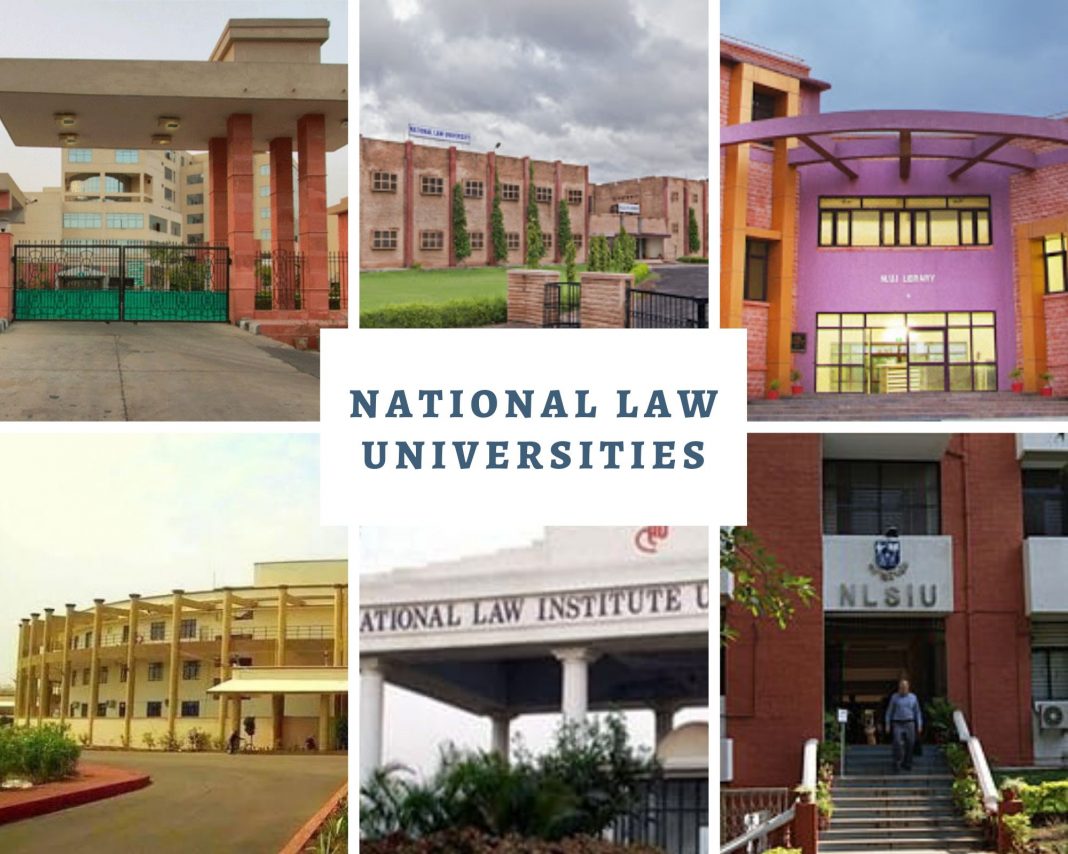 Here is the list of NLUs in India with All India Ranking 2019 and Seat Intake:

Just Click on the Name of your respective Law School to reach the official site of your Law School.

The undergraduate, as well as postgraduate courses offered at National Law Universities, are:

Candidates looking for admission in National Law Universities have to appear for Common Law Admission Test (CLAT). However, for admission to NLU Delhi, aspirants have to clear the All India Law Entrance Test (AILET). NLU Delhi does not accept the CLAT score.

Like NLU Delhi, Himachal Pradesh NLU, Shimla also conducted its own entrance exam called HP-NLET. However, it has now become a part of the CLAT Consortium and accepts CLAT scores for admissions.