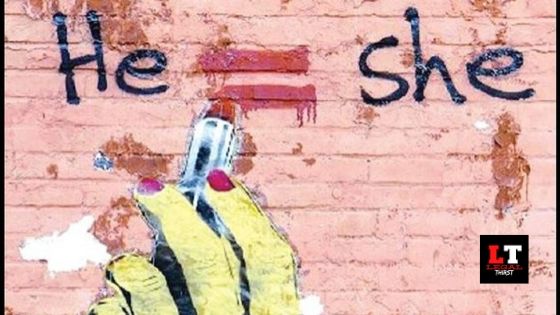 This Article on INTERNATIONAL PERSPECTIVE OF GENDER JUSTICE was written by Yogita Goel; a student of Geeta Institute of Law and Legal Researcher Content Writer at Legal Thirst. In this article, she discussed the perspective on gender equality on a global aspect.

“Freedom cannot be achieved unless women have been emancipated from all kinds of oppression.”

Every day, in every country, gender justice always begins as discrimination in ways of violence, exploitation; and unequal treatment, either at the workplace, at home, or in other such vast communities; also denied the opportunities like to learn, to earn, and to lead. Women form the majority of those struggling with gender injustice.

Inequality emerges through the fact of women’s ethnicity, religion, race and age, and another fundamentalism. For more than thirty years, the recognition of women’s human rights has been the focal point of international activism. To bear the myriad violence against women; the campaigns for the successful dilemma of women were also organized at the international stage.

WHAT IS GENDER JUSTICE?

Gender justice has been defined as a human right; which exemplifies that every woman has the privilege of living her life with fear, peace, harmony, dignity; and freedom. Gender justice is an important perimeter of poverty reduction and is also important in achieving human progress.

According to the Millennium Declaration and the eight Millennium Development Goals (MDGs); gender justice entails ending the inequalities between women and men that are produced and reproduced in the family, the community, the market and the state. It also states that the mainstream institutions from justice to economic policymaking are accountable for tackling injustice and discrimination.

During the last century, despite tremendous progress in society; women are still not treated equally and are not given equal opportunities. They are still under the purview of economic, political, social, and cultural rights. About 70 percent of the worlds hungry are women. Women have little representation in democratic institutions globally; Women represent less than 10 percent of the parliaments in one-third of the world’s countries. Gender equality has little effect in the form of aid effectiveness. In post-disaster and conflict settings, women often suffer from a lack of security; and are excluded from decision-making processes in the economic, social, and political spheres.

The United Nations Secretary-General, Mr. António Guterres; has stated that gender equality and empowering women and girls is the unfinished business of our time; and the biggest human rights challenge in our world. Within the first year of the United Nations, the Economic and Social Council; established its Commission on the Status of Women; the main global policy-making body devoted exclusively to gender equality and the advancement of women.

During the 1970s, the international feminist movement began to gain momentum; when the General Assembly declaring 1975 as the International Women’s Year.

And the first World Conference on Women held in Mexico City and at the urging of the conference; it later declared 1976–1985 as the United Nations Decade for Women and established a voluntary fund for the decade.

In 1979, the General Assembly adopted the Convention on the Elimination of All Forms of Discrimination against Women (CEDAW); often described as the International Women’s Rights Bill. In its 30 articles, the Convention clearly defines discrimination against women; and sets an agenda for national action to end such discrimination and targets culture; and tradition as influential forces for shaping gender roles and family relationships. It is the first human rights treaty to ratify women’s reproductive rights.

In 1985, the Conference was held in Nairobi, to  Review and Appraise the Achievements of Development; and Peace of the United Nations Conference for Women. It was organized at a time when the movement for gender equality was finally given global recognition; and attended by 15,000 representatives of Non-governmental organizations (NGOs), and the event was described as the “birth of global feminism”.

Women and the Sustainable Development Goals

Gender equality is not only a fundamental human right but an essential foundation for a peaceful, prosperous, and sustainable world.

The United Nations is now focusing its global development work on the 17 Sustainable Development Goals (SDGs). The SDGs have an important role for women in all; with several goals specifically recognizing both female equality and empowerment as an objective and as part of the solution.

“End all forms of discrimination against all women and girls everywhere”

Still, there are many challenges like discriminatory laws and social norms prevail; women continuously deprived at the levels of political leadership; 1 out of 5 women and girls between the ages of 15 and 49; are physically or sexually assaulted by an intimate partner within a 12-month period.

But still, there has been some progress over the decades as of 2018; 24 percent of all national parliamentarians were female; slow rise from 11.3 percent in 1995.

In September 2017, the European Union and the United Nations joined forces to launch the Spotlight Initiative; a global, multi-year initiative that focuses on ending all forms of violence against women and girls.

Strategically, some designed ways shall be deemed to be made; in order to attain an adequate level of living standards; promotion of gender equality, elimination of violence against women, eradicate poverty among women; so that they can obtain sustainable development.

In the era of globalization, there is a need for unification of the countries at the international level; and should focus on the Introduction of policies and projects that would improve women’s standards; and put possible control over excessive use of resources. Strengthen the revenue with factual opportunities, the practice of education; and some lucrative agricultural livelihood and facilitate awareness; and encourage the participation of women in local and national regulatory bodies.

Gender equality will be achieved only when; women and men enjoy equal opportunities, rights, and obligations from all walks of life. This means equal sharing in the distribution of power and influence and equal opportunities; for financial freedom, education, and realizing their personal ambitions. Gender equality demands the empowerment of women and when women are empowered; the whole family benefits and these benefits often have an impact on future generations.

Share
Facebook
Twitter
WhatsApp
Linkedin
Email
Telegram
Previous articleSUSPENSION OF LABOUR LAWS AMIDST COVID-19 – THE UNION AGAINST UNITY – By Sahil Mishra
Next articleDo liability arises even upon thinking or planning something criminal?