Hail to FEMINISM! – By Trishla Dwivedi 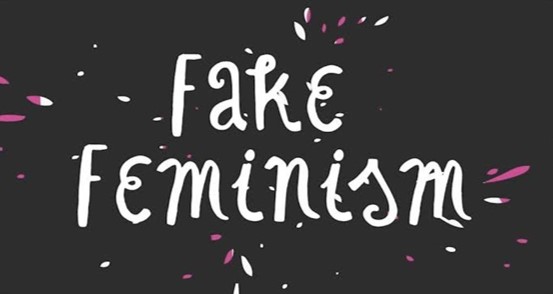 The first thing that strikes our mind when we hear the word ‘feminism’ is it’s related to the women, their safety and security, empowering them, giving them special rights and powers, and what not! But then its not true, rather it is the belief that women should be allowed the same rights, power, and opportunities as men and be treated in the same way, or the set of activities intended to achieve this state. (colins)

Well looking at this term which has got political stardom in the 21st century, was basically brought as a weapon for the females to fight the operation, be it physical or emotional so that they can have a good life. They can go out in society and stand out with their opinions and stances on any matter in a concern of the country. To make them self-compliant and they don’t need to depend on anyone to live their lives. To this sacred tool people took the advantage and the special care for granted and started pushing things to the men’s community.

“Its Her Choice” something that was said by a decorated celebrity and influencer on a public forum, under the blanket of feminism, gets to limelight the misuse of so-called feminism, drives us to the concept of FEMINISM, well a concept from the west, but certainly not a waste. Well, feminism comes to a situation where the people use the powers or the extra privileges given to them in a fashion to hurt someone other. A certain violation of human rights, such as when a girl complains about a guy, he is brought under arrest asap, when a woman shouts the whole society stands united to her get back. Whereas when a guy shouts or drops a police complaint the scenario isn’t the same.

Simone De Beauvoir : “ One is not born a woman but rather becomes one”.

Men and women are born equal, society makes them unequal. The equality of sexes means not hating men or putting down other women. A person that claims to be a feminist yet ignores the main ideology of feminism – EQUALITY is called Pseudo Feminist and they are abusing their power for the sake of women empowerment. Just because you are feminist you cannot make up your own rules. A feminist is not a person who puts up a pink shirt and march on the road shouting slogans, rather she is a guy who has respect for women in her heart and advocated the rights of the females at the right place and time.

Section 498 A  of Indian Penal Code ( IPC) says – ‘whoever, being the husband or the relative of the husband of a woman, subjects such woman to cruelty shall be punished with imprisonment for a term which may extend to three years and shall also be liable to fine.‘

This law was made with a very noble intention to prevent violence and cruelty over married women. But 30 years down the line, today section 498A is being known as the law that is being most abused in the history of Indian Jurisprudence.

Barely 15% of people are actually found guilty under this law. Men in Indian society are suffering due to the arbitrary laws in the Indian Penal Code which are only made for the protection of women but ignore men and their issues. The protection which is given to women under Indian laws is nowadays used as a weapon rather than as a shield. The law that was made for the protection of women if it’s being misused its injustice to women also. Many recommendations were made by higher authorities that law really needs amendment as it is being misused much more than its being used but no changes have been made so far.

You can be the accused of the Domestic violence if you shout at your wife but if your wife shouts at you so she is standing up for herself right? Where is the concept of EQUALITY which is given under Articles 14 and 15 of the Indian Constitution?

injustice is happening in the name of justice to women. There should be gender-neutral laws so that the person who is actually committing the crime is punished and it’s not the gender that should be punished. Feminism belief that women should be allowed the same rights, power, and opportunities as men and be treated in the same way, or the set of activities intended to achieve this stateas gone too far when women are the ones speaking out against a new age of Feminism so it means there is a problem.

This Article is written by Trishla Dwivedi, the 2nd year Law Student at Banasthali University.