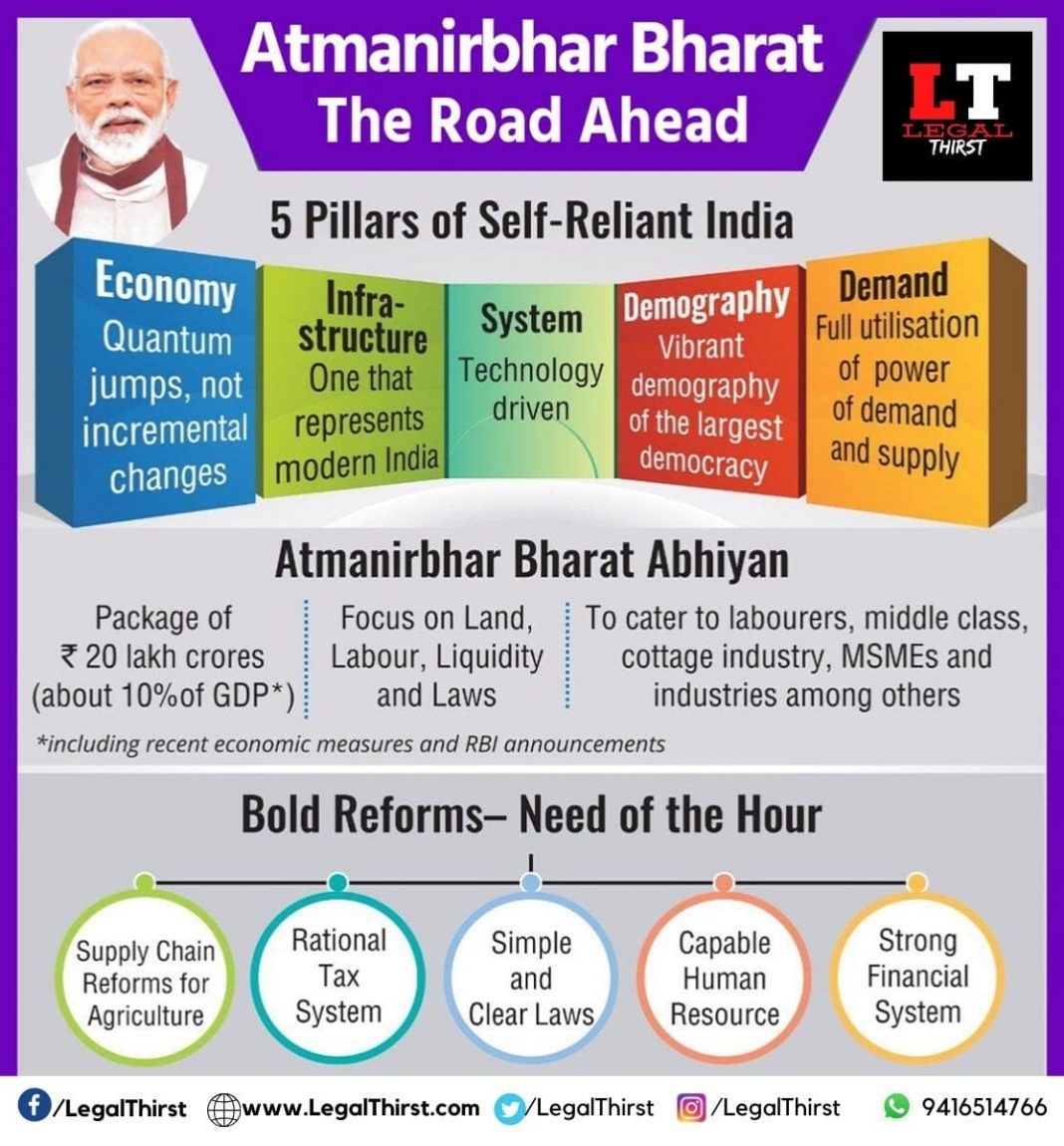 This Article is written by Sahil Mishra (Content Writing & Legal Researcher at LegalThirst.com); a student of 2nd year Law at Llyod Law College.

In 2006, the government of India brought an act namely, “Micro, Small and Medium Enterprises Development Act, 2006”; for procuring the domestic enterprises from the impact of resilient foreign companies; on their businesses in a way by facilitating them with promotion, development, and enhancement of competitiveness. Prior to this act, these were known as ‘Small and Village Industries’.

The objective of bringing Micro, Small, and Medium Enterprises Development Act, 2006; was to bring all the complexities under a single comprehensive act for the development and regulation of small enterprises. Committees such as the Abid Hussain Committee and Dr. S.P. Gupta Study Group have also recommended providing a proper legal framework for the small sectors; to comply with complex formalities and rules and regulations. Also, in a fast-growing economy like India, the mobility of small enterprises to medium ones has to be assisted; or facilitated by reforming the policies and legal framework. With such objectives to achieve, the MSME Development Act, 2006 was brought in force.

But today, the world is going through a world-wide pandemic of COVID-19, the economy of every nation is at stake. India alone has sustained around 320 billion US$ of economic loss due to nation-wide Lockdown. Prime Minister Narendra Modi in the course of a world-wide outbreak of COVID-19; on 13th May 2020 announced an economic package of 20 lakh crore for boosting the Indian economy; by ensuring effective and efficient domestic enterprises indulged into manufacturing or production of goods and service rendering. The package also included ambient of relaxations for the MSME sector; that would assist them in securing the backbone of Indian economy; by establishing a self-sufficient and quality manufacturing industries; as the current package is propounded on the principles of “World-class quality production”; and “Production on a world scale”

Meaning and Classification of MSMEs According to Law

Micro, Small, and Medium Enterprises (hereinafter MSMEs) have played a pivotal role in the growth of the Indian economy by contributing around 50% in the Indian exports. Also the MSME industries have contributed to providing maximum employment in remote areas; as under the Prime Minister’s Employment Generation scheme (PMEGP), the MSME sector has increased by offering 5.87 lakh jobs in FY19.

According to Micro, Small and Medium Enterprises Development Act, 2006; the criteria of classifying MSMEs has been laid down in section 7 of the act. The industries are defined and classified as;

#1. Micro Enterprises – According to Section 7 (a) (i) of the act, micro-enterprises engaged in manufacturing or production are those; where the investment in plant and machinery doesn’t exceed the number of twenty-five lakhs. Whereas, micro-enterprises engaged in rendering services are those; where the investment in instruments doesn’t exceed ten-lakh rupees according to Section 7 (b) (i).

Due to the outbreak of Corona-virus, there has been a significant impact on these small industries; as the economy is going through a slump-period. The central government announced to amend the current definition contained in the MSME Act, 2006; to enlarge the scope of investments. Further, a new criterion has been added in the definition; which terminated the distinction in the previous definition between manufacturing; and service rendering enterprises. Now, both the sectors will be treated at par as the “Turnover-criteria” eliminated the gap in the definition.

This will play a vital role in bringing much more transparency and assisting in ease of doing business; as the abolishment of the distinction will enable the government to verify more easily; and quickly by inspecting the turnover of the enterprises as compared to inspect investment in plant and types of machinery.

For a better understanding of the modified definitions of MSMEs; below is a table-chart classifying the MSME sectors according to previous as well as revised definition.

The Finance Minister, Nirmala Sitharaman, announced major reforms; that would assist the MSMEs to cope up with the prodigious challenges; to enhance their ability to perform more efficiently and effectively. Some of the major reforms or measure take are as follows;

#1. Collateral free automatic loans up to 3 lakh crore to the MSMEs. It means that not even a single MSME; will have to pay any collateral amount, or show any guarantee to the banks for availing the loans. Also no interest will be charged on the principal loan amount taken by MSMEs in the first year. The tenure of these loans will be of 4-years. Around 45 lakh units would now be able to resume their business activities; also it will help in safeguarding the employment rate.;

#2. The government with the view to strengthen the MSMEs announced 20,000 crores subordinate debt for stressed or inefficient MSMEs. Under this scheme of the government, now around 2-lakh MSMEs which were economically stressed or were Non Performing Assets (NPA) will be able to function productively and to cope up with the current situations. Also that the promoters of the MSMEs will be given debt by banks under this scheme.

#3. The Finance Ministry has also given compliance reliefs under Taxation laws. The central government brought an ordinance namely, Taxation and other Laws (relaxation of certain provisions) Ordinance, 2020; which will extend several deadlines under the Taxation Laws such as; Income Tax Act, 1961, The Central Excise Act, 1944, The Customs Act, 1962, etc. Also, the government has emphasized on relaxing the GST laws too.

#4. MSMEs are also have been granted a huge relief by the government under Insolvency and Bankruptcy Code, 2016. The Ministry of Corporate Affairs has increased the minimum default threshold; stated under section 4 of Insolvency & Bankruptcy Code, 2016; from one-lakh to one-crore INR. This will protect the small industries and prevent the triggering of insolvency proceedings against MSMEs.

#5. Also, the employees, having an Employee Provident Fund (EPF) account, of MSMEs can withdraw up to 3-months of basic wages; the Ministry of Labour and Employment via notification implemented this scheme.

#6. The government of India has also designed an online platform, “Invest India Business Immunity Platform”; which helps the businesses inside the territory as well as investors outside the nation to get a real-time report; and facts regarding India’s active response to the economic slump-period.

The reforms announced by the central government in the Micro, Small and Medium Enterprises Development Act, 2006; will definitely alleviate the Indian economy as the reforms have widened the scope of investments in the MSME sector; which will gradually pull the economy out from the current slump-period.

Moreover, the relaxations granted to MSMEs; pertaining to the Taxation laws and Insolvency and Bankruptcy Code will succor in boosting the productivity of these sectors; as well as secure many jobs for the unskilled task force in India; because MSMEs are the only sectors which provide the highest rate of employment to unskilled labors in the country.

However, there are some unintended flaws in the reforms made by the government in categorizing the MSMEs. For instance, a micro-enterprise with an investment of less than 1-crore might have a turnover larger than 5-crore; but according to the investment criteria it will fall in the micro category; which means they would have to pay the less levied tax instead of having a larger turnover. This flaw in defining the MSMEs might increase the corruption practices; as an enterprise may hide real figures and would try to be recognized; as a micro-enterprise in a view to pay less tax and acquire more turnover.