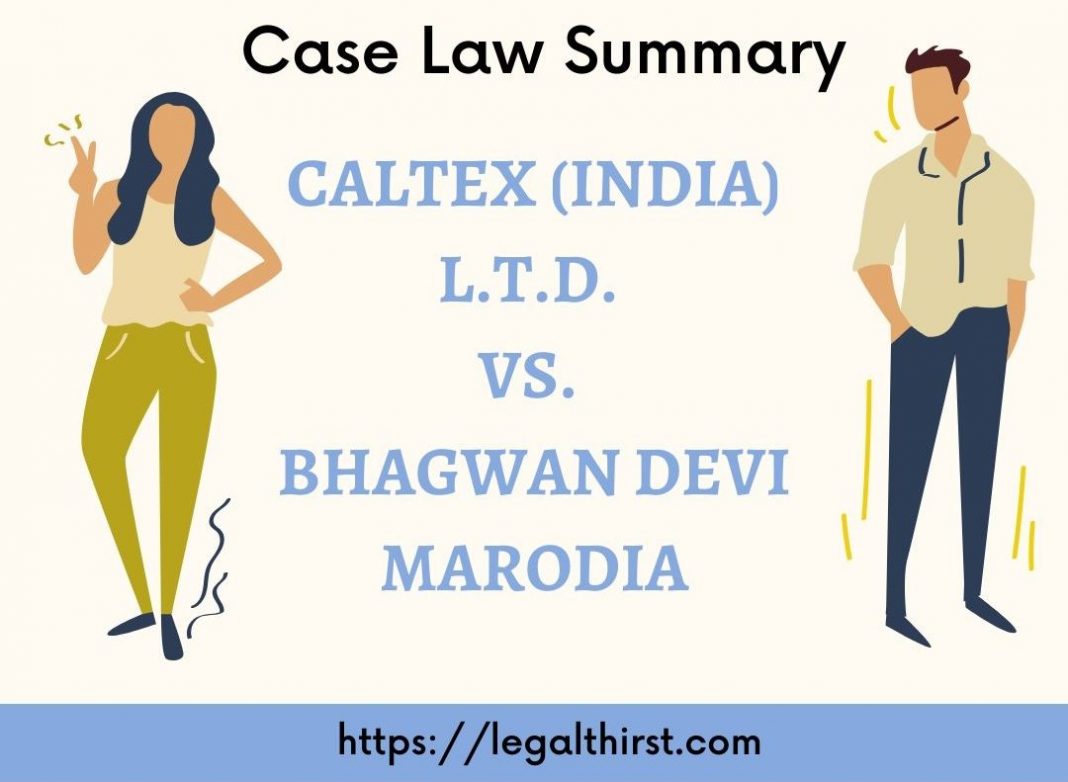 It is a landmark case on the Indian Contract Act (9 of 1872), stating that during the Lease of land if time is used as an essence of contract then the intention is to be clearly stated. This case was decided by Justice Bachawat and R.S Sikri on 26th September 1968.

The respondent rented to the appealing party a plot of land for a specific period and specified in the rent deed that the appellant would pull out of reestablishment of the rent inside a certain time. The litigant asked for a renewal of the rent 12 days after the time fixed. The respondent asked the appellant to clear the premises expressing, that the demand being made out of time, was insufficient.

The litigant filed a suit for a presentation that he was qualified for the reestablishment, and expressed that the delay in making the solicitation he pardoned as (an)-

The Court excused the suit, and this choice was affirmed in appeal. Dismissing the intrigue, this Court.

Is time used as an essence of contract with respect to the Indian Contract Act?

Equity followed the common law rule in respect of such contracts and did not regard the stipulation as to time as not of the essence of the bargain, the reason being that a renewal of a lease is a  privilege and if the tenant wishes to claim the privilege; he must do so strictly within the time limited for the purpose.

With regard to equitable relief against a  failure of the tenant to give notice of renewal within the stipulated time the relief cannot be given in equity save under special circumstances such as unavoidable accident,  fraud, surprise,  ignorance, not willful or inequitable conduct on the part of the lessor precluding him refusing to give the renewal.

Grounds stated for the delay could not be regarded as special circumstances. As to ground (d) it was not shown that the service station was of immense public utility.  The fact that the appellant constructed a service station was an irrelevant consideration.
Ground (3) was not established and it was not shown that the time was not the essence of the bargain.

As to ground (1) there was some evidence to show that the delay in giving the notice of renewal was due to oversight. But it was not shown that the delay was due to any unavoidable accident, excusable ignorance, fraud, or surprise. The delay arose from mere neglect on-the part of the appellant and could have been avoided by reasonable diligence.

In Jamshed’s case Viscount Haldane observed that the section did not lay down any principle as regards contracts to sell land in India different from those obtained under the law of England. It is well known that in the petrol delivery station and was an ika tenant within the meaning of the Calcutta Thika tenancy act, 1949. In Caltex (India) Ltd Vs. Bhagwan Devi Marodian, in February 1964 the respondent filed, an application before the controller asking for eviction of the appellant under Sections 3(vi) and 5 of the Calcutta Thika tenancy act. The controller allowed the application. an appeal from this order was dismissed by the appellate authority.

This article is written by Bhuwan Sood, Campus Ambassador Legal Thirst. He is a 1st year Law student at Christ {Deemed to be University} Delhi – NCR.