AI AS AN INVENTOR?- By Maitrayee Sinha 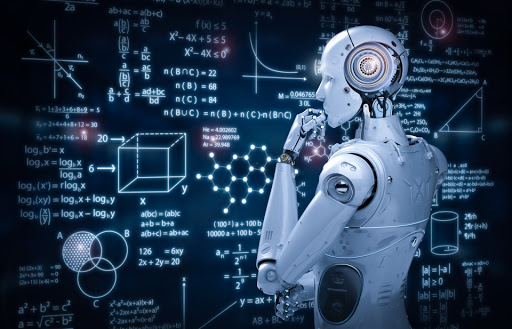 The contemporary world is witnessing a prodigious increase in the use of technology. With each passing day creation and invention by the human mind are not only increasing in numbers but complexity too. Right from the invention of the wheel, the human mind has been constantly extending the frontiers of knowledge; and inventing things that are making our lives easier.

In recent years, the human endeavor has been bearing fruits in the field of Artificial Intelligence (AI). AI is the ability of a digital computer or computer-controlled robot to perform tasks commonly associated with intelligent beings. The term is frequently applied to the project of developing systems endowed with the intellectual processes characteristic of humans; such as the ability to reason, discover meaning, generalize; or learn from past experience. Presently, we see AI in- self-driven cars, speech assistants, manufacturing robots, etc. Where they perform tasks for which they have been trained, albeit, inefficient manner.

Recently, a patent application in the US-listed a single inventor; with the given name indicated as “DABUS” and the family name “(Invention generated by artificial intelligence)”. The individual who filed the application, Stephen L. Thaler, identified himself as the legal representative of DABUS and the application’s assignee. The application submitted by Thaler; noted that the invention was related to a design of food containers; and it was invented by a “the creative machine” called DABUS; which is the AI system in question.

The AI used a two-step neural network which was trained with information related to the technology. These neural networks in its first step create novel ideas and in the second step; the system from amongst the various ideas identifies the most novel one. In the instant case, the developer of the AI system has argued that he holds no right over the invention; as the resultant invention is a whole responsibility and creativity of the machine; and the developer has no role to play in it.

For the same USPTO issued a decision on April 22, 2020; in which it concluded that an AI system could not be recognized as an inventor in a US patent application; as only ‘natural persons’ can be given the title of an ‘inventor’.

This brings us to the question that, should only; the defect of not being a natural person be a reason for not granting the status of the inventor to an AI system or there lies more. In this article, the author discusses the various issues; which make it necessary to exclude AI systems from getting the title of an “inventor”.

Legal Personality Of An AI

The legislature in section 6 of the Patents Act, 1970 while stating; who can apply for a patent application uses the word “person”. According to section 2(42) of the General Clauses Act, 1897; a “person” shall include any company or association or body of individuals; whether incorporated or not. After interpreting the act and the existing legal provisions, a person includes two things; first, a natural person who is born naturally to a set of human parents; and possess fundamental rights by virtue of being born as a human. Second, anything apart from a natural person which is given a legal personality just for the ease of law enforcement.

AI systems by virtue of their composition are a set of computers or machines which are created or developed; only when a developer chooses to write algorithms for its working. Such systems don’t meet either of the above two criteria and hence presently; there are no legal provisions giving AI systems a legal personality. Lack of legal personality of an AI system precludes the grant of the status of an “inventor”.

Free Will Of The AI System

Immense importance is placed on the concept of ‘free will’ in Indian laws. The legislature on various occasions in different statutes has emphasized the element of free will. Few of the instances are, section 15, 17 and 18 of ICA; which state that if a person enters into an agreement due to coercion; or is defrauded or enters into an agreement believing a misrepresentation respectively; then it is considered that the agreement is without his free will; and the said agreement is void (at the option of the party). Another instance is seen in the doctrine of men’s rea and actus rea of the criminal jurisprudence. Even though the doctrine refers to the existence of criminal intent and wrongful action; however, it helps us in understanding the concept of free will in our case.

Similarly, when a person invents a new technology, substance, object, etc; it is indispensable to note that he has a free will and a free choice; which results in the invention to achieve a purpose or a goal. An invention is never aimless. Whereas, in the case of the machine which may be having Artificial Intelligence; this free will or intent to invent anything is missing. Based on the complexity and sophistication of algorithm it merely creates without any intent.

Most of the provisions of Indian Patent Law are credited to J. N Rajagopala Ayyangar committee. According to the committee, the patent system broadly granted a monopoly of the invention for working and vending of it. It can be inferred that the economic benefits incentivize the will of a man, to think, develop, and invent. The security provided by the patent system further motivates the society to invent more, which strengthens the will. In the case of an AI, it cannot be incentivized through economic benefits; it is only the owner or developer of the AI who can benefit and utilize the profits. Hence, granting AI the title of an inventor is contrary to the soul of the patent system.

AI Develops Under its Owner

AI is nothing but an algorithm developed by a person who is subsequently fed in a computer or a machine. The claim by Thaler, that DABUS independently and autonomously created the claimed invention; and that it was not specifically trained in the relevant area of the invention; will be a misrepresentation of facts. It may be accepted that the claimed invention was an unforeseen development; but it cannot be disregarded that it is the owner (developer) of an AI; who feeds the intelligence a general and broad scheme of experiences.

Various academicians have argued in contrast to the present view with the example that; “when a Ph.D. student makes an invention; upon being taught certain principles by his professors, it is the student and not the professor; who is entitled to the status of ‘inventor’. However, this example cannot be employed in the case of an AI.

The rationale flows from the fact that a Ph.D. student, intends to utilize his learnings for an invention; with a conscience mind of helping the public with his invention and making a profit from its vending. However, this element is not present in an AI. AI may self-learn from the experiences provided, and eventually create, like in the present case; but it can never have the intention of doing so. It merely develops further, due to a broad range of experiences provided.

With right comes duty. It is the duty of a right holder to ensure that; whenever his right is realized it is in consonance with the public order. It is also the duty of the right holder to be held accountable for the negative consequences; that flow from a right. Hence, if AI is granted the right of patent, it will have to discern certain responsibilities towards the public. However, AI is an inanimate object, which does not have any rights or duties, unlike a natural person. So, if the status of an “inventor” is given to an AI; it will not be able to realize the duties that flow from it.

This principle can be substantiated by studying the example of an autonomous car. An autonomous car is a vehicle enabled by the technology to sense its surrounding environment; and operate without any human interference. These vehicles use AI to self-learn to work and operate. However, if the self-learned capabilities of the vehicle lead to an accident it raises the question of accountability. In such a scenario, who may be held accountable? The AI system in the car, the owner of the car, the distributor of the car; or the inventor of the AI System?

Certainly, not the AI system or the car. If the AI is given the status of an “inventor”; it will have bear accountability for the consequences of its operations. However, holing a machine accountable is unthinkable.

In conclusion, the author is of the opinion that AI should not be granted the status of an “inventor”; because of the abovementioned reasons. Presently, AI is specific. In the current level of technology, it may create, but it cannot invent. However, in the future, the technology may develop to an extent where the system will get general intelligence; and it may actually mimic a human. So, the current issue will only arise once such a level of development is achieved.