A Broad View on India’s Relationship Status with Neighbours 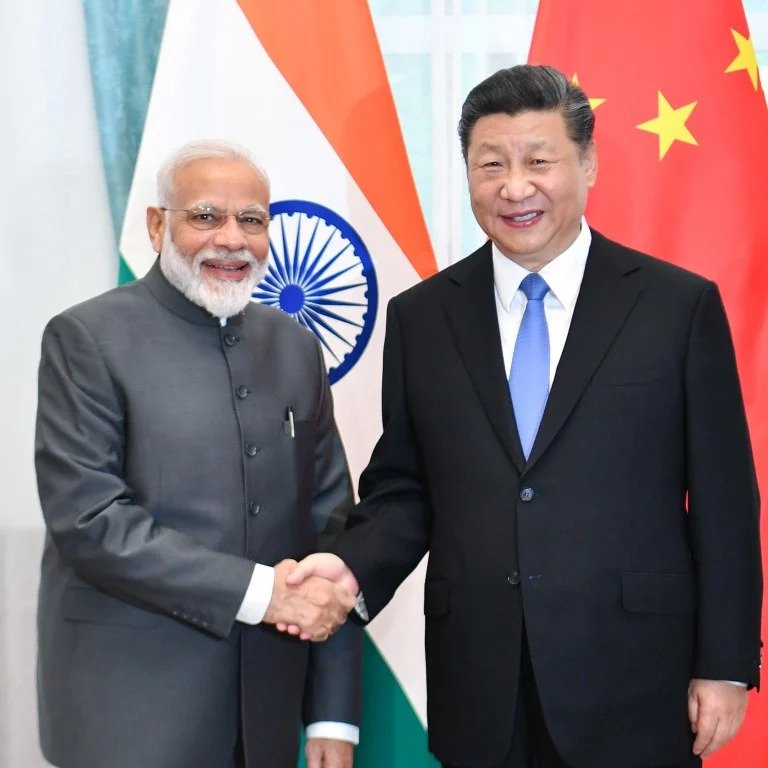 India is a country of diversified culture; it fosters brotherhood and peace among its citizens. India has 28 states and every state has its own cultures, rituals, mode of existence and nearly every state has its own language. Despite all these differences everyone in this country living a peaceful life. But it seems despite having all these qualities; India is losing its friends in the neighborhood.

The love of one’s country is a splendid thing. But why should love stop at the border?

We have now entered into our 71st year as Republic; but we are still grappling with our relations with neighboring countries. We must ask: Are we really a gleeful country? There were many instances when India acted miserably, and involved get in a fight with their neighboring friends.

In the year 1947 August, the British announced the partition of land on creating a difference between Hindu and Muslim. In September 1947, a wave of migration took place from India to Pakistan; and Pakistan to India in which neighbors slaughtered neighbors; childhood friends become sworn enemies. In the summer of 1947 around 14 million people had lost their homes on their motherland.

Leaving their motherland is very distressing for anyone, it doesn’t matter the person relates to which community. After 73 years of independence still, our frontier issues with Pakistan are not resolved; and we have encountered so many unexpected incidents on the border issue. The war of 1947/1948 this war is also remembered as the First war of Kashmir. Pakistan had hastened a situation of war a few weeks post-independence by forming a military force called Lashkar. The war for Kashmir had created too many tensions then; and no one knows how long it is going to last.

The war had witnessed so many fatalities, everyone suffered a lot in this war; Pakistan loses about 6000 army men and around 14000 people got severely wounded in this war. Indian forces also suffered a huge loss of too many Indian army soldiers; around 1500 soldiers were martyred and around more than 3500 were wounded. After the war of 1947, once again we were ready to face Pakistan in the Indo-Pak War of 1965. One man who is highlighted in this war was; Shree Lal Bahadur Shashtri who made us win this war along with Nehru and other Congress leaders. But the most terrible part was the number of soldiers we lost in the war. Then the Kargil war of 1999 took place along the Line of Control (LOC).

Still, we have numerous wars on the border with Pakistan.

China is the 2nd largest country in Asia after Russia. They have one of the best armies units in the world; they are leading in the field of nuclear science too. Broadly China is a developed country with a population of more than 139 crores of people. India’s association with China had so many ups and downs from the yore, and all this started on the frontier.

However, the seeds of the dispute had been planted in the year 1962; when India and China witnessed its first war which is the Sino-Indian War. This whole thing started when China denied accepting the Mc Mohan line and Line of Actual Control; which are borderlines and was installed during independence. China started demanding some portions of India; which are Akshai chin, Sikkim, and Arunachal Pradesh as an extensive part of the Tibet region. The amount of devastation this war has caused is still painful; a large number of soldiers martyred in this war from both sides.

Now it’s been 58 years to the war; but even now the relationship between India and China is under the obscure phase. A recent event of Ladakh raises the questions, on the existing government and their national security advisor; they appear to be weak to respond to China. The United States President Donald Trump showed his willingness to mediate; or conciliate the now overflowing border dispute between the two nations.

On May 05 an incident of stone-pelting is seen between 250 Indian and Chinese troupes; near the Pangong Tso Lake in eastern Ladakh. These incidents create terror in the minds of people residing in both the country. There are many such experiences which show poor relation of India with China.

The brotherhood between Nepal and India started in the year 1950; when both the countries acknowledged the Peace and Friendship Treaty. The treaty has articles 5, 6, and 7 which advocated peace; and unity among both the countries and were the key components of the treaty. Article 5 permit Nepal to access weapons from India; Article 6 provided the national status to the businesses of both the countries; and Article 7 provided complementary treatment of both Indian and Nepalese in the two countries, in residence, trade, and movement. The treaty is accomplishing its purpose by establishing ties between both the countries, especially all these Articles discussed above.

In 1816 a treaty was signed among East India Company and Nepal which is the Treaty of Sugauli; and India acquired its boundary with Nepal. This entire controversy arises on the origin of the Kali River; as it constitutes the boundary; and territory to its east is Nepal. Kali River was continually under question, later in 1996; a treaty of Mahakali was conceived to resolve this issue; and to forge peace and harmony amongst both the countries.

Nowadays, the bond of brotherhood has changed, and both the countries are struggling on the border issue. This time the concern arises in the region of Kalapani a patch of land near the India-Nepal boundary; which is adjacent to Lipulekh Pass on the India China frontier. This Lipulekh Pass is one of the points for the border trade; and the route for Kailash Mansarovar yatra in Tibet.

Recently in 2019, a map was released by the Survey of India to exhibit the changes in the boundaries; after the abrogation of Article 370. This move of India brings a mass number of protests in Nepal; also invoked Foreign Secretary-level talks to resolve this issue. By April 2020 the circumstances in Nepal were more serious due to regular protests; people in Nepal are protesting even in this Coronavirus pandemic situation. Then after Nepal prime minister, Mr. KP Sharma Oli due to suspicion of politics released a new map for Nepal further; it created a lot of tensions among both the countries.

With the above analysis, the conclusions which are outlined indicate that India is losing faith in its neighbors; and sometimes people of their own country. These unhealthy relationships with other countries, affect people inside the country where sometimes they have to lose their life. The recent incident where a civilian was shot dead by the soldiers of CRPF; in Budgam district of Jammu and Kashmir. After the investigation, it turns out that the soldier feared him as sabotage. Peer Mehrajudin a resident of Makhama village in Budgam lost his life; the only fault was he lives near the border and speeding his vehicle. The example of Mehrajudin is not a single one there are people who suffer due to tensions on the border; and there are many still to be discovered. Therefore the Indian government needs to look into its association with its bordering countries.

This article is written by Anubhav Yadav, Campus Ambassador at Legal Thirst. He is a 2nd year Law student at B.A. L.L.B.(Hons.) in B.B.D. University, Lucknow.

Disclaimer: The opinions and views in the articles and research papers published on this website are personal and independent opinions of the author. The website is not responsible for them.

Share
Facebook
Twitter
WhatsApp
Linkedin
Email
Telegram
Previous articleCan an F.I.R. be quashed by the Supreme Court under Article 32 of Constitution of India
Next articleSUSPENSION OF LABOUR LAWS AMIDST COVID-19 – THE UNION AGAINST UNITY – By Sahil Mishra