Independence of Judiciary in India 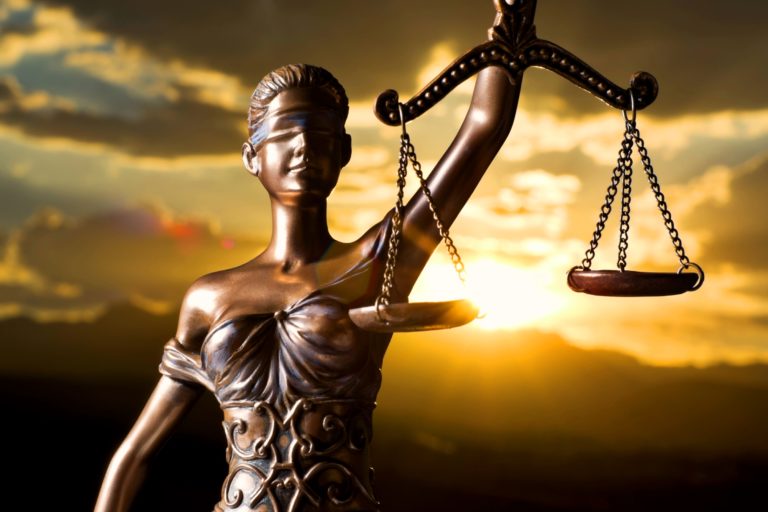 Judiciary should be independent of Executive and political pressure and also be self-competent in itself. All these pillars of the constitution are interdependent on each other but the judiciary is the central pillar that keeps a check on the rest two. Dr. B.R. Ambedkar once said that the people of a nation may lose confidence in the executive or its legislature but it will be an evil day if they lose their confidence in its judiciary.
Judiciary in every Kingdom/ Nation is the backbone of a system that guards human rights and civil liberties. Maintenance of peace between citizens, between citizens and state/ nation or between government or state itself is possible only because of the independence of judiciary in a nation.

In the United Nations in the case of Marbury Vs. Madison, it was considered a duty of every judge who will violate the Constitution, to treat as void.
As India is a democratic country and our constitution emphasis ‘Rule of Law’ for the same. As explained by A.V. Dicey in 1885, there must be an independent judiciary who always gives impartial decisions to secure its citizen’s welfare.

Dr. V. K. Rao explained the independence of judiciary as the judiciary should be free from encroachment of Executive and legislative and constitution term it as- “separation of powers”, under the article.
Only except in the matters of “Powers of Remission”, executive heads have given more powers over the judiciary.
But to keep a check on judiciary our constitution provides ‘Ordinance’ power to the legislative by which legislature can override the judicial decision by passing ordinances. But this generally got proved negative for citizen’s welfare in India. These ordinances generally came to attract the vote bank and fulfill the political reasons hidden behind them.
Some examples like Income Tax Amendment ordinance of 1954, SC/ ST ordinance 2018 and the most recent one that is passed by the UP government under the leadership of Yogi Adityanath in 2020 Delhi riots.

Story of 70+ Years of Democracy

The Indira Gandhi Government want to bring the totalitarian form of Government and supremacy of Parliament. But Judiciary is Supreme as The doctrine has been thus expressed by Willoughby, “the fundamental principle of American constitutional jurisprudence is that law’s and not men shall govern”. All the drastic changes bought by 42nd Amendment are repealed by Janta Party Government by the 44th Amendment of Constitution under Article 368. The judicial review of Presidential orders and parliamentary elections are chief points under these amendments.
Former president Indira Gandhi also superseded the statutory conventions used for the appointment of judges in the nation. These provisions are recognized and accepted, by and large. But in the case of A.D.M. Jabalpur Vs. Shukla, that’s a writ petition of Habeas Corpus. It was decided by the supreme court bench of senior-most Justice Khanna. And his brave decision results in his non-promotion as chief justice of India.

We are thankful to the next government of the Janta party, to appointing them as Chief Justice of India. The expulsion of Mr. Equity O.N. Vohra, Additional Judge of Delhi High Court, as he gave judgment against Mr. Sanjay Gandhi, son of Late Prime Minister Mrs. Indira Gandhi bought judiciary back to the Stuarts time frame. (as on 14.11.1616 a foe of Chief Justice Coke, provided King James I with decisions decided the Coke from the office).
One another case, of denial for the reappointment of Justice Lalit, Bombay High Court as Additional Judge of High Court of Bombay. It is to be noted that he was recommended for promoting as the Chief Justice of Bombay High Court.
The Government of Maharashtra and the Chief Justice of India. Be that as it may, his appointment was denied by the Late Prime Minister Mrs. Indira Gandhi.

What can be done?

Supreme court is called as a watchdog of democracy but Indian history is not crystal clear in this respect for all these problems judicial experts suggest many steps for the independence of judiciary like:-

Increasing the remuneration for judges will decrease the control of ‘lobby’ over judges as talked about by Ex. Chief Justice Ranjan Gogoi too. Increasing of Salary will decrease the corruption among the Judiciary.
Along with that, the salary of the judges is fixed by the constitution. It can’t be altered. As being paid from consolidated funds of India. (Article 266 of Constitution of India.) This should never be a vote subject and given in hands of Legislature.

#2. Power to Punish for Contempt:

The powers provided to Supreme Court & High Court to punish any subject for its or its subordinate court’s contempt (Under Section 129 and 215) is very essential for the survival of an independent Judiciary.

The separation of powers between three organs of Constitution is also meant by that the same person should not consist the part of more than one of the three organs of government it also suggests to restrict the post-retirement positions to judges in any political institution like parliament not even like nominated members, Vice-president or President because it indirectly controls judicial decisions by ruling government to provide the benefits in the form of post-retirement positions.

Indian currently has 65 years as a retiring age of the Judges of India. This reduces the working capacity of judges in such an old age. According to Article 128, a retired judge, maybe reappointed a judge by the Chief Justice of India, with the consent of the President.
The impeachment process of a supreme court judge is mentioned under Article 124(4) of the Constitution of India. Also, the 2/3rd Majority for this process is a remarkable provision for the Independence of Judiciary.

According to 37th Chief Justice of Apex Court—Hon’ble Balakrishnan, Judges are the sacred constitutional functionaries. Thus they are not coverable under the ‘Right to Information Act’. The Chief Justice of India opined “… I am holding a Constitutional Office” This view has not been acknowledged by the Parliamentarians.

The report of the Parliamentary Standing Committee which was introduced to the Rajya Sabha on April 29, 2008, expressed, “Except judicial decision making, all other activities of administration and persons included in the judiciary are subject to the RTI Act. The pith and substance of the Act are to empower people by allowing them to seek information regarding those occupying high office and making decisions that affect their lives. Any reluctance only accounts for dilution of people’s right to know“.

Some of the delegates expressed their view on this that it will weaken the dignity of the judicial. Moreover, it will loosen its roots.
The Parliamentarians feel if other protected and constitutional functionaries are secured, then why not the Judges be secured by it? This will additionally help in keeping up the autonomy and Independence of Judiciary. As they are responsible for the individuals of the nation too. Obviously legal choices have been excluded from the ‘RTI Act’ since that could have hindered the right decisions.

This idea of a dependent judiciary has dangerous consequences. It has given an extreme set-back to the idea of the Independence of the judiciary.
Subsequently, Dash has remarked, “Thus the Indian Judiciary has not been so well protected against temptations and allurements or threats of punishments as will eliminate all possibilities of consideration of a personal career in the discharge of their duties.”

Along these lines, it very well may be presumed that the Constitution and its agents are working on real terms to make the Supreme Court an autonomous and fair institution. Whether it is this or that political party, everyone has a different way of controlling the judiciary under them. In 70 years of Independence, we have faced many such acts. There can be more such attempts to deviate the judiciary from its path.

This Article is written by Ishani, student of 2nd year B.A.L.L.B., Department of Law at Maharishi Dayanand University.
LinkedIn Profile