DO YOU BELIEVE THAT ONCE ARTIFICIAL INTELLIGENCE BECOMES SMARTER THAN THE HUMAN? 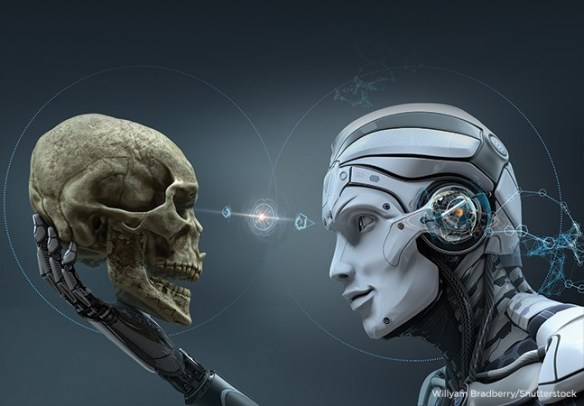 This article on DO YOU BELIEVE THAT ONCE ARTIFICIAL INTELLIGENCE BECOMES SMARTER THAN THE HUMAN? is written by Shivaansh Singh, Content writer and Legal researcher at Legal Thirst. He is a 1st year Law student at Llyod Law School. In this article, he discussed the various aspects showing that in human Vs. AI race, probably AI will win the race. But exactly?

First of all, I would like to tell you what exactly artificial intelligence is? This all started in the 1950s; Every facet of learning or any other aspect of reconnaissance can in principle be so accurate explained; that a machine can be designed to brace it an attempt will be made to find out how to design machines use languages; form abstractions; and concepts, resolve various types of obstacles now reserved for humans and improve themselves.

So, Artificial intelligence is a machine with the ability to solve problems that are usually done by us; humans with our natural intellect.

We sit around and ponder about the coming tomorrow, the future of machine intelligence among other things. Some of the population thinks that the few of these things are some sort of science fiction, far out there; MAD. But what my perspective is about the modern human condition, the slope chart of which is going down. We actually came as a guest on this earth. Think, about if this earth was created two years ago, the human species then; would be 10 years old, the industrial era must have started two minutes ago.

Let’s ask ourselves what is the cause of this current going anomaly? Some would say its machinery intellect. So, it’s true that technology has stockpiled and now it’s expanding rapidly; that is the nearest cause and that’s why we are being so productive. Technology is reducing labor, saving time, and has many more advantageous aspects that we can think of. Wherein the introduction of artificial intelligence has changed the perspectives of people.

Artificial intelligence had made it possible for machinery appliances to learn from its experience and grow to perform human-like tasks. A lot of AI examples you hear in your day to day life as a self-driving car; chess-playing computers rely mostly on deep learning and natural language processing. Now, using these technologies computers can be made more precise to complete peculiar tasks; by processing a large amount of data and recognizing platforms in that data. There are lots of areas that contribute to the field of AI namely; Mathematics, Sociology, Philosophy, Computer Science, Neuroscience, and Biology.

It automates the repetitive learning and discovery through data paper forms frequent high volumes computerized us reliably and without fatigue. It adds intelligence to existing products in most cases air will not be sold; as an individual application rather products you already use will be made better with air capabilities; much like the Google assists.

Artificial intelligence has brought revolution from the past five years in the computing world. Disciplines in AI includes many things:

HOW COMPANIES ARE USING AI?

When we talk about the application and usage of artificial applications in our lives; we can see the examples around us. We can say artificial intelligence made easy work easier. Like in recent times you have to go by walk to miles of distance, later on; bullock carts then again when evolvement of science transpired we have got cars and now; in recent days we only have to sit in the car; and it moves automatically by just giving direction once from the mouth. In this example, you have sensed that artificial intelligence is making tasks very simpler for us to perform.

Now it has its applications in various fields.

Examples of some would be

It is being used by the defense of our country. It has eased the tasks of many sectors and has made big progress.

I would explain one for the convenience: Rescue System

You must be confused about how it helps in the rescue system? Artificial intelligence, what a majority of the population wants is the usage and applying the perks of AI; and technology to ensure that the help arrives faster and in time. We can start it by developing a system; which response as early as possible to find victims of earthquakes, flood, and another natural disaster.

Normally, responses need to maximize aerial footage to find or determine where people are stuck in the problem or stranded. However, examining a vast number of photos and drones footage would save very much time and labor. So an artificial intelligence system developed at Texas A&M university palmer’s computer program; to write basic algorithms that can examine extensive footage and find missing victims in under two hours.

Artificial intelligence is doing everything possible for us to make each and every task as easier as it can. Still, people are raising questions that increasing technology is a bane; and technology is reducing the employment rate as it reduces the labor factor in various sectors. Artificial intelligence is smarter than the human and it is proved many times. A robot had defeated a world champion chess player named Karpov; which exactly gives the answer, what we are looking for. This is the one instance, there are many instances as through it the security of our country becomes so efficient; that not even a single intruder can enter without the consent.

So according to me, this is not even a question of debate or argument that who is smarter; I had clearly explained above that Artificial Intelligence is proving itself smarter in every sector.