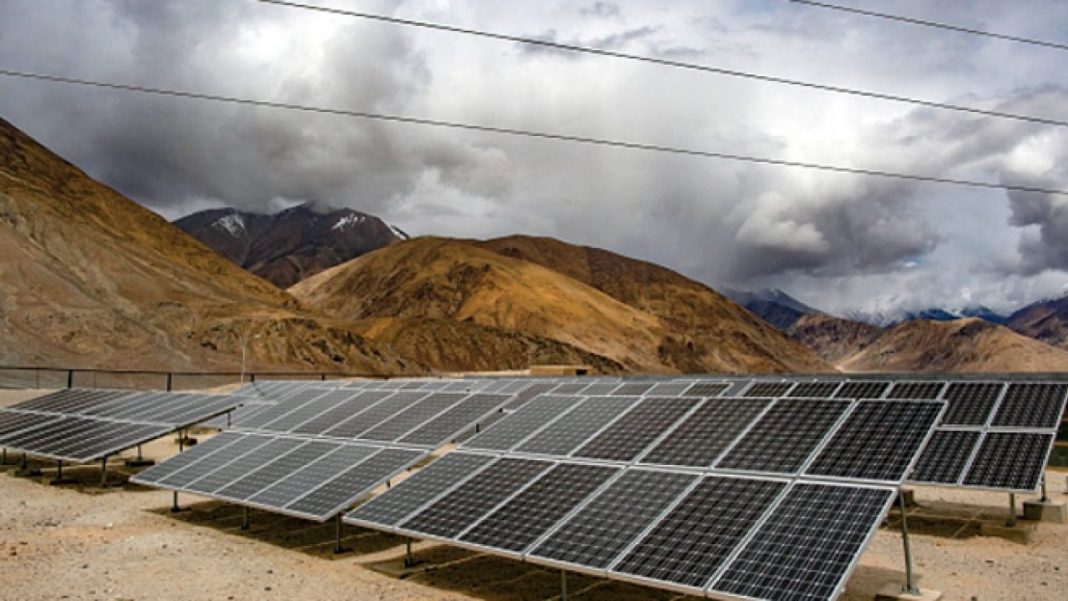 This article ‘Can Solar Power Sector Make India Atmanirbhar?’ is written by Anubhav Yadav. The current issue of making India Self-Reliant is in air. Read this article discussing Solar Power as a tool to make India self-reliant.

“The most environmentally friendly product is the one you didn’t buy.”

All the countries in the world are preparing to reopen their economy, amid Covid-19. Analysts assumed that the power sector can play an essential role in shaping the Indian economy. The Solar Power sector is the only sector that is not taken seriously in any of the government projects. The solar power sector has all the economic benefits a country will need to recover the economy. Solar Power energy is also known as green energy is used to make India Atmanirbhar. But the center of attraction is how come this is even achievable?

Everyone is profoundly affected by the economic retardation due to COVID-19; and so it is now necessary to make India Atmanirbhar in terms of economy. And Green Energy Sector has one of the major roles in it. In a survey Observer Research Foundation (ORF) discovered that putting our efforts to generate solar energy; manufacturing of accessories to make the sustainable economy of India; and India will become Atmanirbhar.

Prime Minister Narendra Modi in its all recent announcements focused on ‘Make in India’; and motivated every young mind to be part of this initiative. Therefore, to boost domestic economy solar energy has some great opportunity for all the young minds; and this will immediately make it’s economy ‘self-reliant’. China’s intervention in the economy due to coronavirus has not only swayed India but all over the world; so India’s determined objective of attaining 100 GW of solar potential by 2022 has been intervened.

Lockdown is about to end in almost every part of the world; and now everyone is on a kind mission to help the economy to grow after coronavirus pandemic. The whole World is discussing methods to strengthen the declining economy and creating a correct economic growth model. There is an interesting fact that; the old models for qualitative economic growth are largely reliant on fossil fuels for energy formation; and a new model for economic growth is mainly reliant on renewable resources.

Every dominant country in the world is adopting a new economic growth model to heighten the country’s economy. It is believed that every nation will have its main focus on the European Green deal for the expeditious reconstruction of the economy after the crisis. South Korea’s ruling party has claimed to introduce a new green deal to boost the economy; after they will be re-elected.

India in its policies had always shown great devotion to adopt clean green renewable energy for economic growth; but anyhow the goals were not accomplished yet. All these goals involve 175 GW renewable energy capacities; including 100 GW of solar and 60 GW of wind power capacity; but these goals are yet pending. And the most significant thing is that nothing related to the production of solar energy; or solar energy devices is mentioned in the Atmanirbhar Bharat Abhiyan. India is a developing nation and has the capability to influence the world with its budding minds and young talents.

India is one of the speediest developing countries in the world. With all the power of young minds, it is said that India has the power to change the world. Thus India can produce solar power in-country; India is a tropical country and around 300 clear sunny days in a year.

Long-run benefits of the venture

Formation of solar energy will not only advance the economy of the nation; but will also help in creating employment for unemployed workers due to nationwide lockdown; it will also drive to the improvement of Rural India and the most essential thing is that; India will become self-sufficient and will no longer be reliant on oil-producing countries. Above all the benefits to the country, purity of Mother Nature will be fulfilled; the environment will become fresh and quality of life will magnify.

The Solar Power sector can produce more occupation than any other sector in-country. It was shown from a study that to set up a solar power plant; the government will require all kinds of laborers including experienced, semi-experienced; and inexperienced in various activities like production of solar equipment; installation of the solar power plant, and installation and maintenance of Roof Top Solar Panels. All this will produce entrepreneurship and employment in rural India which will conjointly boost the economy.

We need to be Self Reliant in Solar Power devices also.

It is clear from earlier studies that from 2013-14 till 2018-19 import of coking; and non-coking oil is grown and so the dependence of India on other nations. India is among one of the greatest economies in the world but is yet reliant on other nations for import. According to the records, India is entirely dependent on China for its solar power supplies.

Leading suppliers for India’s solar power manufacturing; the first seven are from China. India had previously taken cooperation of $16 billion dollars from China in the last fifteen years; and this is enough. And according to some reports it is supposed; that by 2030 India will import nearly $42 billion of solar equipment from China. Therefore it is now mandatory for India to create within its boundary. India has all the raw material for the generation of solar energy; whether it be skilled labor or help from nature; everything is accessible in our country.

The negligence of the Solar Power sector is not correct. Rather our country should design some new projects to make the solar power sector more independent. Now everyone in the country is demanding to “Boycott China” by not using their products. However, the public is unaware of the fact that India imports maximum from China. Therefore, India should think of a more fruitful way; and should spend a major sum of money from the budget in the Solar Power sector. This step will not only boost our economy but also make India a self-reliant country. This approach will flourish the economy and will produce a maximum amount of employment in the country.