Can an F.I.R. be quashed by the Supreme Court under Article 32 of Constitution of India 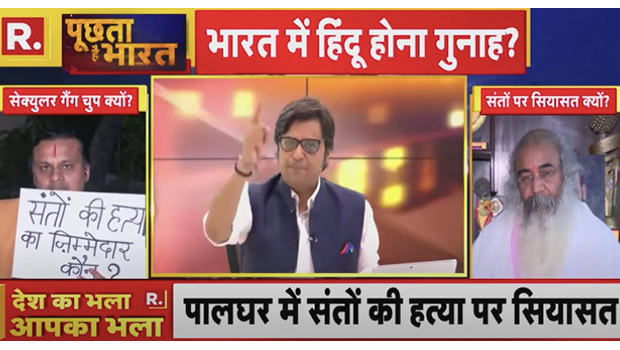 This article on Famous Case of Journalist Arnab Goswami; i.e. ‘Can an F.I.R. be quashed by the Supreme Court under Article 32 of Constitution of India’; is written by Anubhav Tyagi, student of 10th Semester, Amity Law School. He is also the Co-founder of BehtarKal. Read his complete view on this.

Petitioner, Arnab Goswami, a famous journalist, on his news show ‘Poochta hai Bharat’ aired on the Republic TV channel; raised questions against the Maharashtra Government, (a tripartite a coalition including the INC); and the investigation by the Police in the Palgarh Mob Lynching; the case that took place in the Palgarh district in Maharashtra. The telecasts of the show led to the filing multiple F.I.R.s against the Petitioner in different parts of the country; including Maharashtra, Chhatisgarh, Rajasthan, Madhya Pradesh, Telengana, Jharkhand and Union Territory of Jammu & Kashmir; alleging that the petitioner was spreading communal hatred and defaming the President of INC Smt. Sonia Gandhi. The petitioner denied that he had propagated views of a communal nature in the course of the broadcast. Further that, filing of multiple FIRs against him violates his fundamental right as a journalist under Article 19(1)(a) of the Constitution of India.

Can multiple FIRS be filed on the same Cause of Action

Further, these judgments were upheld in Babubhai Vs. State of Gujarat (2010) 12 SCC 254; These cases made it a settled principle that a second FIR; except a counter-FIR, arising out of the same incident or occurrence cannot be subsequently filed; once an FIR is filed under Section 154 of CrPC. It shall be an abuse of the process of law; and will be a fit case to invoke provisions of Section 482 CrPC; or Article 226 / 277 of the Constitution of India. Therefore, relying on the aforementioned judgments; the Hon’ble Court held that in the present case; all the FIRs and complaints lodged arise from the same incident, they are all worded in identical terms; and leave no doubt that they all arise from the same cause of action.

Hence, multiple FIRs and complaints against the petitioner shall be quashed; and the case shall proceed only on the basis for F.I.R. filed in Nagpur; which has been transferred to N.M. Joshi Marg on the request of the Petitioner.

The Hon’ble Court held that freedom of journalism is the core of freedom of speech and expression; and is protected under Article 19(1)(a) of the Constitution. Airing of views by journalists on television is protected under Article 19(1)(a). The exercise of this fundamental right is subject to Article 19(2). However, filing of multiple complaints and FIRs against journalists causes a stifling impact on the fundamental rights of journalists; and will affect the right of citizens to know the affairs of governance in the nation; and the right of journalists to ensure an informed society. The rights of a journalist are not above the right of the citizen of freedom to speech and expression. However, referring to the catena of decisions the Hon’ble Court; it was of the view that the reasonable restrictions on fundamental rights must be proportional to the state aim. The court observed:-

“Subjecting an individual to numerous proceedings arising in different jurisdictions on the basis of the same cause of action cannot be accepted as the least restrictive and effective method of achieving the legitimate state aim in prosecuting crime. The manner in which the petitioner has been subjected to numerous FIRs in several States, besides the Union Territories of Jammu and Kashmir on the basis of identical allegations arising out of the same television show would leave no manner of doubt that the intervention of this Court is necessary to protect the rights of the petitioner as a citizen and as a journalist to fair treatment (guaranteed by Article 14) and the liberty to conduct an independent portrayal of views. In such a situation to require the petitioner to approach the respective High Courts having jurisdiction for quashing would result in a multiplicity of proceedings and unnecessary harassment to the petitioner, who is a journalist.”

Transfer of the case to independent agencies like CBI

The Petitioner sought transfer of his case to CBI. The Court observed that the F.I.R. was transferred on the request of Petitioner from Nagpur to N.M. Joshi Marg Police Station. The Court relied on the Constitutional bench judgment in the case of the State of West Bengal Vs. Committee for the Protection of Democratic Rights, West Bengal (2010) 3 SCC 571, K.V. Rajendran Vs. Superintendent of Police, CBCID South Zone, Chennai (2013) 12 SCC 480; in which it was reiterated that an investigation can be transferred to the CBI only in “rare and exceptional circumstances”. Further, Romila Thapar Vs. Union of India (2018) 10 SCC 753; in which the Court had held that; “the accused does not have a say in the matter of appointment of investigation agency”. Therefore relying on multifarious precedents the Court held that:-

While no inflexible guidelines are laid down, the notion that such a transfer is an “extraordinary power” to be used “sparingly” and “in exceptional circumstances” comports with the idea that routine transfers would belie not just public confidence in the normal course of law but also render meaningless the extraordinary situations that warrant the exercise of the power to transfer the investigation.”

Hence, the Petitioner’s contention to transfer the case to the C.B.I. was rejected.

Jurisdiction of the Supreme Court under Article 32 to quash an F.I.R.

The Court held that it would be inappropriate for the Court to exercise its jurisdiction; to quash the FIR exercising its power under Article 32 of the Constitution. The petitioner must exercise the remedies available under the provisions of CrPC; and there is no reason to by-pass the procedure laid U/s 482 of CrPC. The Court observed that there is a clear distinction between the maintainability of a petition; and whether it should be entertained. Hence, the Court held that it shall not entertain the prayer to quash the FIR registered at P.S. NM Joshi Marg as the Petitioner has the remedy to approach the High Court U/s 482 CrPC.

The decision of this case throws a light on the large ambit of the Supreme Court as a protector of fundamental rights; and also the role of the Supreme Court as the Protector of Rule of Law. The Supreme Court quashed the multiple FIRs filed against the Petitioner in different jurisdictions; so, that the case can proceed on a single FIR. However, the Court rejected the contention to quash the FIR registered at N.M. Joshi Marg; as it is against the scheme of CrPC. The Court directed the Petitioner that; he may proceed to the High Court U/s 482 of CrPC for the quashing of FIR. Thus, the Court showcased that it is the protector of the rule of law; and the procedure established under the law ought not to be surpassed even by the Supreme Court.

Disclaimer: The opinions and views in the articles and research papers published on this website are personal and independent opinions of the author. The website is not responsible for them.